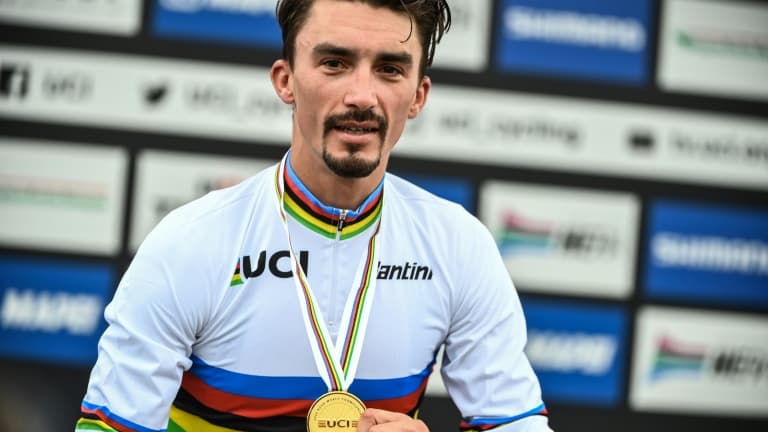 Deceuninck – Quick-Step has announced the extension of Julian Alaphilippe for three seasons. The French rider, who only knew the Belgian team among professionals, came to the end of his contract.

Julian Alaphilippe’s beautiful story with Deceuninck – Quick-Step will continue. The Belgian team announced this Thursday the extension of the French rider for three seasons. The current road world champion was coming to the end of his contract and is now linked with the only training he has known among professionals until 2024.

“I am very happy to extend my stay with the team. It was the logical thing to do, and at no point did he consider doing anything else. I look forward to continuing with this family.” , reacted Julian Alaphilippe, quoted in the press release of his team. “We’re the Wolfpack and we’re racing to win. It’s our mentality and one of our strengths, we’re all going in the same direction, and that’s one of the reasons I feel good here and do what I am doing it with immense pleasure. I look forward to further results with Deceuninck-Quick-Step this season and in the years to come. “

“At the end of 2013, a young Julian Alaphilippe – who had impressed earlier in the year by claiming a stage victory and the jersey in points at the Tour de l’Avenir – signed his first pro contract, joining our team as the ‘one of the most promising riders on the U23 scene, “recalls the Deceuninck – Quick-Step in the same press release.

Alaphilippe still has very big ambitions and dreams of raising his arms on the Tour this summer with the rainbow jersey. Winner of a stage on the Tirreno-Adriatico, he advances towards the Ardennes classics with an ogre appetite. “These are races that have always pleased me. I have been preparing them for a little while. I have tried to manage as best as possible so that my form arrives on point. Whether it is on the Amstel, the Flèche or Liège, even if I perhaps have a slight preference for Liège-Bastogne-Liège, “he detailed last Sunday on RMC.