CSK vs SRH 23rd IPL Match 2021: After the defeat against Chennai, David Warner said- I take responsibility for my slow innings and defeat 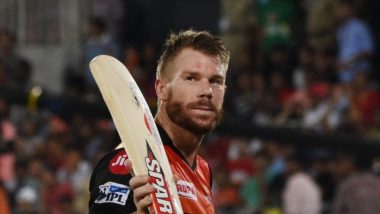 Hyderabad won the toss and batting first scored 171 runs for three wickets, which Chennai achieved by losing three wickets in 18.3 overs. He said, “The Chennai openers got off to a good start and we were left behind in the match. Kane will bat at number 4. This is his role. We have to be positive. We have to play the ball in the gap. We will keep on going forward.” Too.”