The Indian Paper
HomeWorldCovishield Efficacy: Two doses of AstraZeneca vaccine effective up to 90% against...
World
May 21, 2021 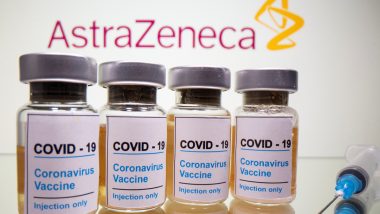 Mumbai: Between the increasing prevalence of Coronavirus and the mega campaign for vaccination, a significant Oxford / AstraZeneca vaccine report has emerged. Public Health England (PHE), the executive unit of the UK Department of Health, in its first ‘monitoring data’ found that two doses of the Oxford / AstraZeneca vaccine are 85–90 percent effective in preventing symptoms of Covid-19. The health unit has cited ‘monitoring data’ for the first time in place of ‘experimental data’ to find out the potential of the vaccine. Time between two doses of Kovishield vaccine extended to 12-16 weeks: Govt

Oxford / Estrogena’s anti-kovid vaccine is also being produced by the Serum Institute of India and this vaccine is being used as a ‘covishield’ for epidemic prevention in India. The World Health Organization (WHO) also called the AstraZeneca vaccine a vaccine with tremendous potential in March.

Recently, the difference between the first and second dose (dose) of coviciled vaccine in India has been increased from 6-8 weeks to 12-16 weeks. Experts claim that the move is unlikely to have a negative impact on the effectiveness of the vaccine, while the potential of the vaccine may increase.

The study, published in Lancet in March, endorses the long-term vaccination strategy. It showed that after two standard doses given at an interval of 12 weeks or more, the efficacy of covisiled vaccine was observed to be up to 81.3 percent, compared to just 55.1 percent with an interval of less than 6 weeks. The study, led by an international team of researchers, also claimed that antibodies were seen to be twice as high in those who received the second dose after a period of 12 weeks. This was seen to be double that of those who had taken the second dose in a span of six weeks.