Facebook Twitter LinkedIn Pinterest Reddit WhatsApp Telegram Share via Email
Ahmedabad
The deadly virus that Gujarat was trying to recover from the outbreak of Corona is expected to return there rapidly. The total number of infected people has risen to 1,95,917 after Gujarat reported the highest number of new cases of corona virus on Saturday in one day. State Health Department has given this information.

So far, the number of healthy people in the state has reached 1,78,786. According to the release, samples of 71,71,445 people have been investigated so far in the state. Kovid-19 has killed five patients in Ahmedabad on Saturday, two in Surat, one each in Rajkot and Gir Somnath districts. Currently, 13,285 patients are being treated in the state. 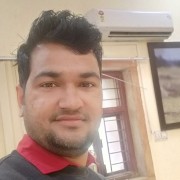