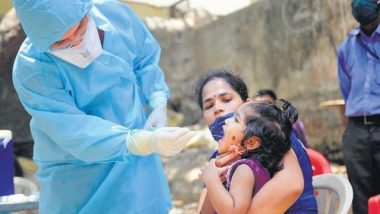 Canberra, 11 February: A new research by Griffith University in Australia has found that cancer, chronic kidney disease, diabetes and high blood pressure are the 4 major co-morbidities responsible for Kovid-19 deaths. After analyzing the global data of 3,75,859 participants from 14 countries, university researchers found that chronic kidney disease statistically topped it, according to reports from Xinhua. They also found that high blood pressure, obesity and diabetes are important roles in the case of death of Kovid-19 patients.

However, obesity does not increase the risk of mortality compared to diabetes and hypertension. Adam Taylor, one of the study’s lead authors, said, “Other diseases have been blamed for the severe consequences of Kovid-19, but which disease affects how much it is a matter of debate. We have all Combinedities are covered, which lead to death of Kovid-19 patient. Also Read: Corona Vaccination: Andhra’s volunteer given 50 lakh compensation, died after taking Kovid vaccine

From this study, we were able to identify specific compounds that cause high risk for Kovid-19. “While lead author Prof. Suresh Mahlingam said that Kovid-19 is associated with clots, so patients with hypertension and diabetes There may be more danger than this.