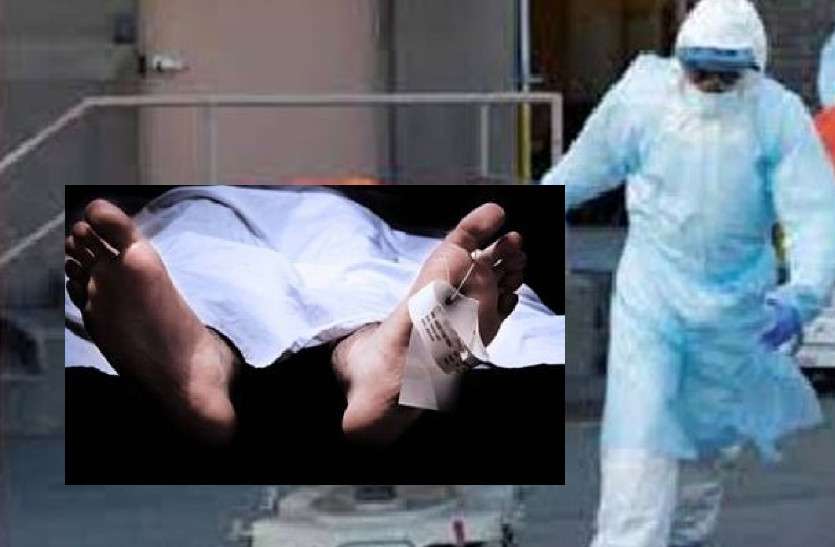 Jodhpur. After the grandmother’s death on Thursday in the new road area under the Sadar Bazar police station in Jodhpur district, the Corona-infected grandson hung a rope in a room on the first floor. Upon examination of his sample after death, he was confirmed to be Corona positive.

According to Inspector Lekhraj Sihag, Mohammad Faisal, 22, a resident of Niyaz Dhobi, behind the Marudhar Hotel on the new road, son Mohammad Yunus, died in the room on the first floor in the morning by hanging the fan hook. His grandmother Kusum died today morning.

The grandmother’s body was examined by the medical department. Now, family members were also screened. After this, the family returned home after burnt dead in the crematorium. After that Mohammad Faisal went to the room on the first floor he laid down his life.

Fly away on sight

When Faisal did not come down, the family reached the room and found him hanging. Seeing this, everyone’s senses flew away. Police reached the spot.

On the other hand, after the sister corona was infected in Kota, a person jumped from the third floor of the house on Thursday, fearing to be infected. Police said a 50-year-old resident of Maukhapada was upset with the fact that the sister living in Indira Market was positive with corona.

Her sister is undergoing treatment at the medical college. He began to fear that he too had become corona. Due to this, he got into depression and went to the third floor of the house and jumped from the roof. On the information of the residents, the police admitted him to the hospital.

Jodhpur court: Salman Khan not even reached the court today, the lawyer said – … not empty of danger

Highlights:Hearing in Jodhpur court in Kankani Deer Hunting and Arms Act case.Hearing held in the court of District and Sessions...

Hindu woman trapped in Pakistan for 10 months, now back to India – know the whole matter

Highlights:Hindu woman met family after 10 months stranded in Pakistan.The woman had gone to visit her ailing mother in Pakistan...

Highlights:High court relief to Asaram who is lodged in Jodhpur Jail in case of sexual harassment from a minor.Asaram, who...