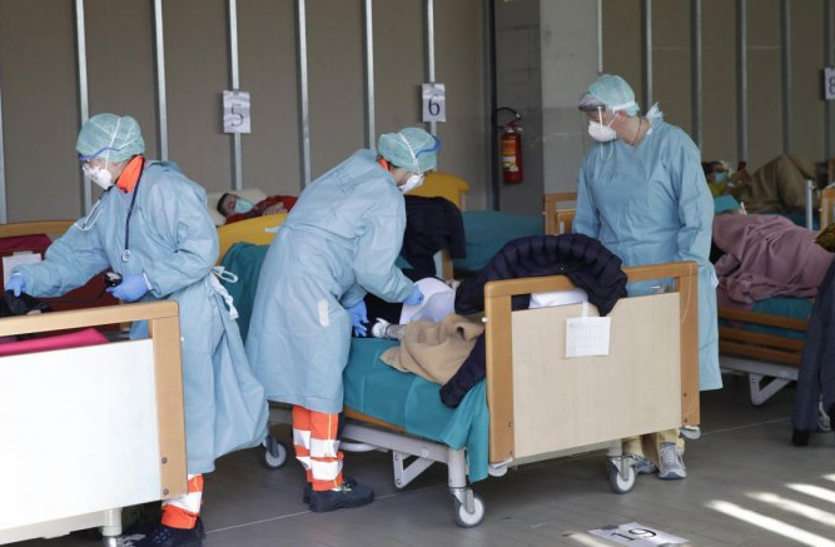 Jodhpur. 53 new positive patients of Coronavirus In Jodhpur appeared in Suryanagari on Wednesday. This time, in addition to the city of Corona, it reached the village of Utsar in Luni.

Whereas the countryside did not have a corona before. With so many patients coming positive, the administration blew.

The figure now reaches 453 in Jodhpur

In this, 3 patients were declared positive by Dr. SN Medical College in the morning and 50 patients by AIIMS Jodhpur at night. A

has said that each woman Kargil is positive of Ladakh and Kolkata. In Jodhpur, the figure has now reached 453. 7 patients have died.

At the same time, the health department arranged 108 ambulances till late night to bring so many patients to the hospital.

Teams of the health department were seen working in the night to bring and take patients here and there.

This is the condition of Rajasthan (Coronavirus In Rajasthan)

On the other hand, in the state of Rajasthan, on Wednesday in Rajasthan, 22 in Jaipur, 11 in Ajmer, 8 in Chittorgarh, Bhilwara 2, Banswara 1, Pali 9, Dholpur 2, Kota 3, Bharatpur 1, Nagaur 1, 1 Corona in Udaipur. Positive has surfaced. At the same time, 4 people died from Corona in the capital Jaipur.

The number of people recovering from corona and discharged from the hospital is also increasing steadily.

There is also a corona explosion in Pali on Wednesday. Corona report of nine people of Nadi Mohalla area settled in the center of the city has come out positive.