Copa del Rey: Barça sweeps Bilbao in the final, thanks to Messi and Griezmann 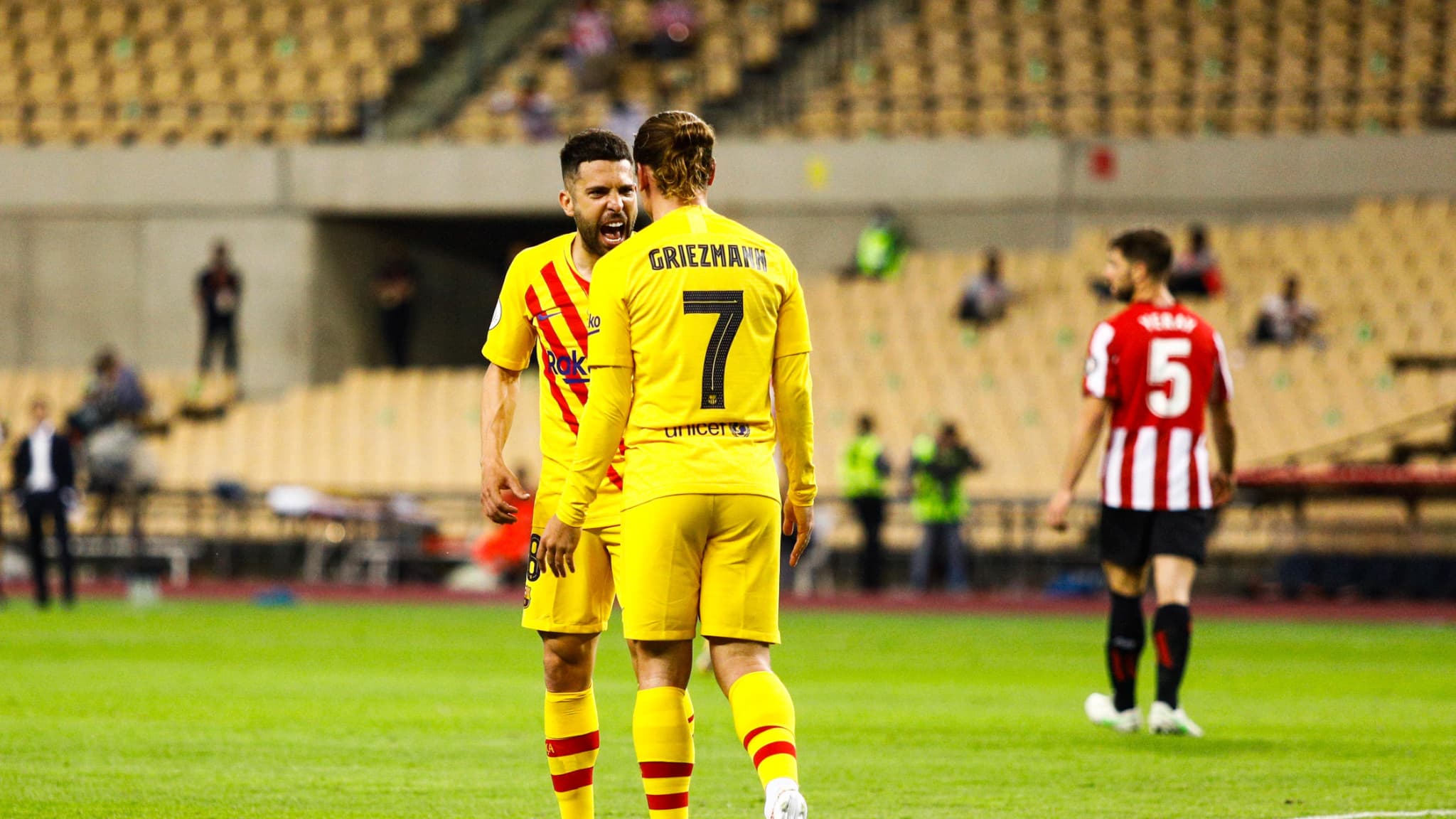 Thanks to a prolific second half, FC Barcelona largely defeated Athletic Bilbao in the Copa del Rey final (4-0). Antoine Griezmann and Lionel Messi scored and put on the show.

It only took twelve short minutes, in the second period, for Barça to sweep Athletic Bilbao in the Copa del Rey final. Thanks to Griezmann, De Jong and Messi twice, between the 60th and the 72nd minute of play, the Catalans made forget a sluggish first half to afford a 31st title in the competition.

Deliverance was slow in coming, however. Athletic Bilbao held up well against the 5-3-2 set up by Ronald Koeman. Antoine Griezmann, associated with Lionel Messi in front, while Ousmane Dembélé was on the bench, notably missed a huge opportunity before opening the scoring and relieving Barça, on the hour mark, on a center from Frenkie De Jong.

The Dutchman, three minutes later, also went there with his goal, punishing an Athletic Bilbao who did not offer much in the game and came very close to the surface of André Ter Stegen. Lionel Messi then put on his showman costume to reward this match with a double, including a magnificent slalom in the middle of the Basque defense (68th, 72nd). The Argentine has scored for the seventh time in a Spanish Cup final.

For Bilbao, which is running after a Copa del Rey since 1984, this defeat is logical but comes to darken a little more this month of April. A fortnight ago, the club had already lost to Real Sociedad the final of the 2020 edition, postponed by almost a year. Like a story repeating itself. For fifteen years, Athletic Bilbao has lost five Copa del Rey finals. Four times, the executioner was FC Barcelona.