Copa America: heel and small bridge, the improbable goal of Marquinhos during Brazil-Venezuela 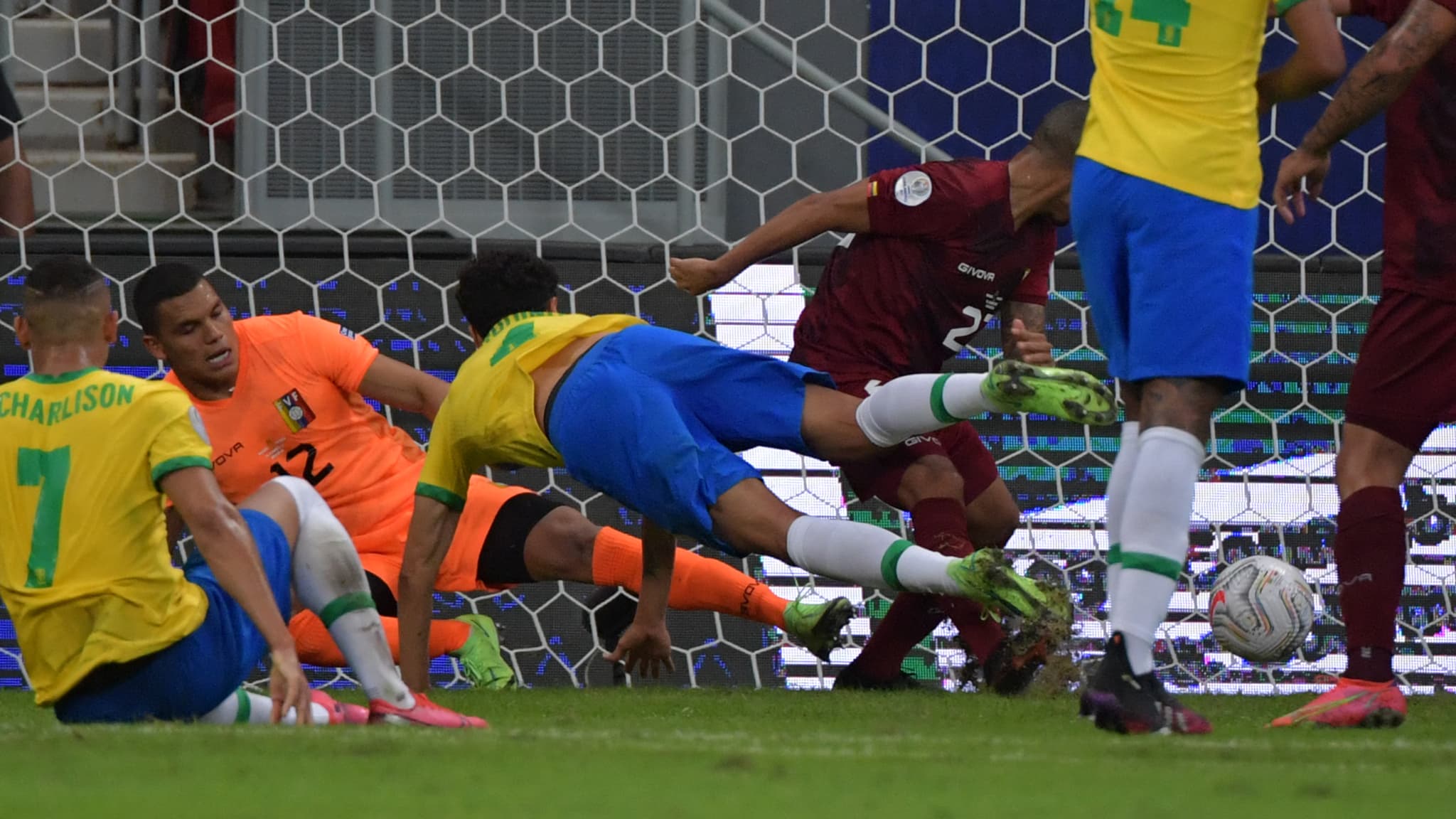 Marquinhos opened the scoring for Brazil on Sunday for the Copa America opener against Venezuela. A rather improbable goal from the heel, out of balance.

Marquinhos not only scores with a header, he also knows how to use his feet perfectly against the opposing goal. The PSG defender opened the scoring in favor of Brazil this Sunday against Venezuela, in the opening match of the Copa America in Brasilia.

In the 23rd minute, on a corner taken by Neymar, the 27-year-old took advantage of a deflection of the ball to control in the feet. Despite the cover of a Venezuelan, Marquinhos manages to click his heel like Luis Suarez, very close to the goal, to send the ball between the legs of his opponent and take the goalkeeper on the wrong foot.

In the process, Neymar grazed the goal with a sacred number with a fake kick and kidney stripping, before … shooting just next to the post.

As a reminder, the Copa America was initially to be held in Colombia and Argentina, before the organization changed hands due to the health context in the two countries. It is therefore Brazil, yet not particularly better served with regard to the coronavirus, which inherited it.