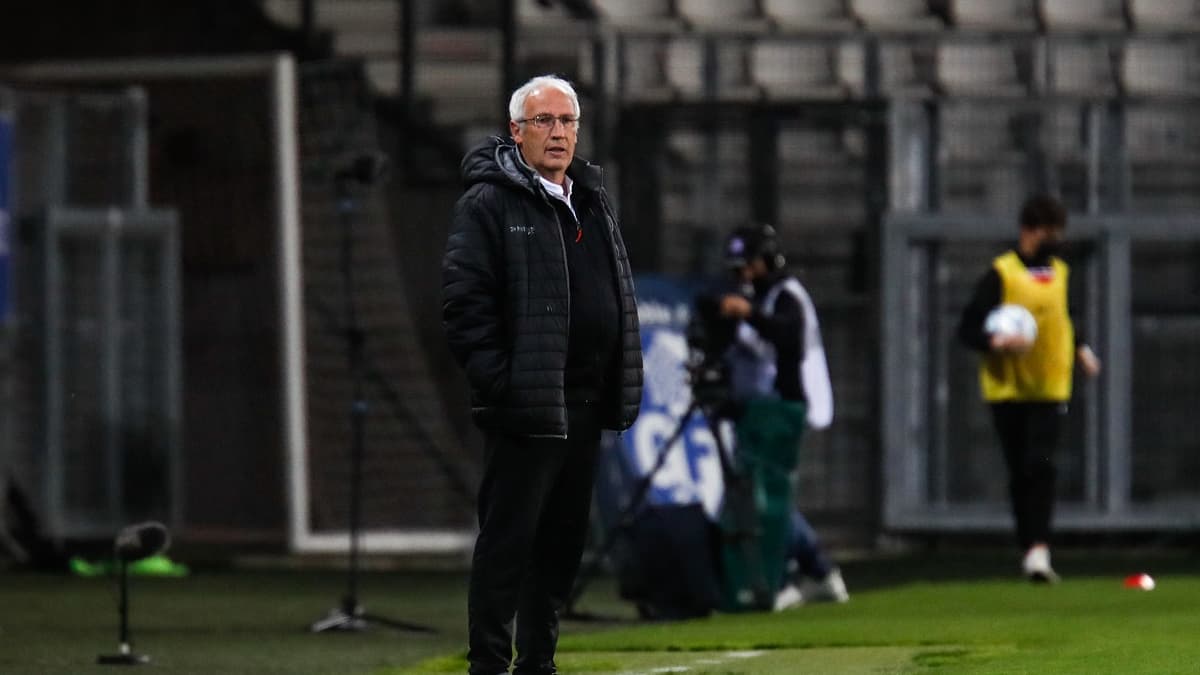 The first coach to bring Clermont in Ligue 1, Pascal Gastien will discover the elite at the same time as the Auvergne club. Anxious not to miss his debut, the former coach of Niort and Castelroussin called some colleagues, as he explained this Tuesday on RMC.

Promoted for the first time in its history in Ligue 1, Clermont Foot was the first elite club to resume training in June. The Auvergne club will rely on a clever recruitment, constrained by reasonable financial means, to remain at the highest level for at least one additional season. To avoid immediately taking the lift, the rookie hopes to be inspired by the operation of the SCO of Angers, which had successfully entered the big league in 2015, and has had good seasons since.

“I approach this with a lot of humility, I will discover like the players, confided this Tuesday the coach Pascal Gastien, twice elected best technician of Ligue 2, in the RMC Football Show. I watch a lot of League matches 1 of last year. All I am going to be able to take, I will take it from others. I called some coaches who had a bit of the same journey as me. I had, among others, Stéphane Moulin (now Caen coach, editor’s note), who guided me well in relation to that. There is the individual quality of the players, and then there is the whole environment, which seems to be different. It is something that I’m going to have to manage. What interests me above all is the pitch, and the quality of the players opposite. “

In Ligue 1 with his son

After having flirted with accession for several years, Clermont was rewarded with a great dynamic boosted in Ligue 2, and which he hopes to keep on the upper floor during the recovery. Pascal Gastien demands from his players “even more quality, of rigor”: “I do not want us to suffer the events”, he indicated on our antenna. This will perhaps involve the recruitment of players with profiles inaccessible until now. Kosovar international Elbasan Rashani has arrived, as has left-back Arial Mendy. “I’m expecting four more players,” Gastien said on RMC. “We need to recruit two more attacking players, a midfielder and a central defender.”

Attacker in perdition on the side of Lorient, Adrian Grbic will not be repatriated by Clermont: “Today, I do not think that this is possible, estimated Pascal Gastien, both for sporting and financial reasons. I don’t want to be the coach who is going to put the club in trouble. We went upstairs, we don’t want to do anything. The club has always had a financial balance and we have to keep it. “

Clermont Foot is also a family story in the region. Johan Gastien (33), son of the coach, was recruited in 2018 to allow the club to remain at the top of the league in Ligue 2. In difficulty in Brest at the time, the player experienced drunkenness of the climb with his father, but he will not benefit from any privilege for all that. “If he’s good, he’s going to play, if he’s not good, he won’t play,” said Pascal Gastien. Simple. Basic. “I try to be objective. When he’s good, I tell him, and when he’s not good, he knows it. I don’t want to put him at odds with others. What interests me is its progression, like the others. When things are not going well he knows it, and when things are going I like to tell my players to be positive when they are good, him like the others. “