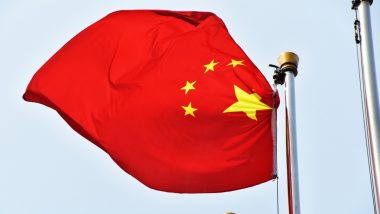 Benzing, 21 May: China is making efforts to develop infrastructure in remote villages bordering India, Bhutan and Nepal in Tibet. This information was obtained from a white paper on Tibet released by the Chinese government on Friday. The document, titled ‘Since 1951: Liberation, Development and Prosperity’, states that it has become important to develop border areas and improve people’s lives in Tibet as the strategically important Himalayan region shares a 4,000-km-long outer border. is. It has been said in the document that the residents of the nearby areas lead difficult lives and work in difficult conditions and poverty is more there. The government is trying to improve the standard of living of people by developing border areas at all levels.

The document says that under the guidance of the Communist Party, economic allocation has been increased year after year for border development in Tibet. Since President Xi Chinfing came to power in 2012, the establishment of new villages has given priority to the development of border areas of China with extra emphasis on security. The India-China border dispute has a 3488 km long Line of Actual Control (LAC). China claims Arunachal Pradesh as part of South Tibet, but India has firmly rejected its claim.

China shares a 477-km-long border with Bhutan, while 1389 kilometers border with Nepal. The development of border villages was also outlined in President Chinfing’s letter to a Tibetan family of Lhunje County, near Arunachal Pradesh in 2017, and asked them to establish their roots and develop their hometown for the protection of Chinese territory. Was asked to pay attention.