Champions League: quarters without Ronaldo and Messi, towards the end of an era 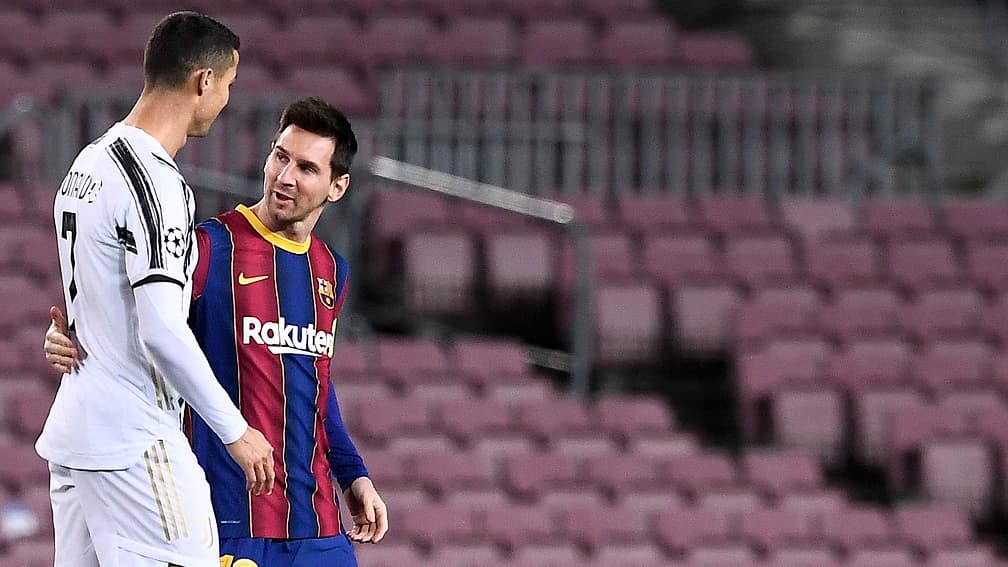 For the first time since 2005, the quarter-finals of the Champions League will be held without Cristiano Ronaldo and Lionel Messi. After reigning for more than a decade, the Portuguese (36) and the Argentinian (33) are now contested.

It will only end in two and a half months, but this 2020-2021 edition of the Champions League is already historic. Because for the first time since 2005, neither Cristiano Ronaldo nor Lionel Messi will not be at the quarter-finals. After the elimination on Tuesday night of Juventus, released by FC Porto, it was FC Barcelona who took the door on Wednesday, seeing their dreams of a new comeback fly into the Parisian sky. The last time the Portuguese (36 years old) and the Argentinian (33 years old) said goodbye to the C1 in the eighth, Steven Gerrard’s Liverpool lifted the trophy at the end of an anthology final against the AC Milan by Alessandro Nesta. Another era. Jacques Chirac was still president, Kylian Mbappé was learning to conjugate verbs from the first group and “Brice de Nice” was a hit in the cinema. Ronaldo and Messi were slowly starting to make a name for themselves.

Repeated failures for Ronaldo and Messi

The first learned to strengthen his game with Sir Alex Ferguson on the side of Manchester United, the second was still ahead of Ludovic Giuly in the hierarchy of Barcelona attackers. Since then, they have amassed eleven Golden Balls between them, won nine Champions League and reigned like no one had done before them in world football. Till today ? Of course, nothing says they won’t win Europe’s most prestigious competition again. But this season still looks like the end of an era. Arrived at Juve in the summer of 2018, Ronaldo experienced three stinging failures in three years against supposedly weaker opponents: Ajax Amsterdam in quarterfinals in 2019, Lyon in eighth in 2020 and Porto this year. Targets of criticism in Italy, publicly destroyed by a Fabio Capello criticizing him for his attitude on the pitch, he has not (yet) managed to bring Juve to the level they hoped to reach by recruiting him against 105 million euros. Will he be able to?

He will have a priori one last opportunity, next season, before the end of his contract with the Bianconeri. Unless there is a separation this summer. Messi may have played in France his last Champions League match with Barcelona. Even his last C1 match at all. Free in just over three months, the Argentine has yet to speak publicly about his future. Seeing him stay in Europe, Catalonia or elsewhere, and try to win a fifth Champions League is a credible hypothesis. Just like the idea of ​​moving to the United States. It would then be time for him, after having received several slaps on the European scene (the remonstrances of Liverpool and Rome, the 8-2 against Bayern Munich, the 4-1 of PSG at Camp Nou…), to pass the baton. A new Franco-Norwegian duo is ready to take over: Kylian Mbappé-Erling Haaland. They will be present in the quarterfinals.

Current top scorer in the competition with ten pawns on the clock, the Borussia Dortmund gunner never ceases to impress from the top of his 20 years. The observation also applies to Mbappé, who became on Wednesday at 22 years and 80 days the youngest player to score 25 goals in C1. By scoring from the penalty spot at the Park, the Parisian erased a certain… Messi from the shelves who had achieved this performance at 22 years and 286 days. It’s hard not to see a certain symbol there. Accumulating precocity records is also Haaland’s daily life: first player under 20 to score in his first five C1 matches, youngest player to have scored 20 goals in C1, first player to reach the 20 mark. goals in C1 in only 14 games, first player to achieve four consecutive doubles in C1, current series…

For Rio Ferdinand, Manchester United legend and current consultant for the British channel BT Sport, no doubt, the time is “for a handover” with what “could be the next rivalry that will last ten years”. The distant duel between Haaland and Mbappé, two hungry young wolves who respect each other, promises to be terribly exciting to follow in the years to come. Even if their elders may not have said their last word yet.

>> The Champions League can be followed exclusively on RMC Sport, click here to subscribe to our offers