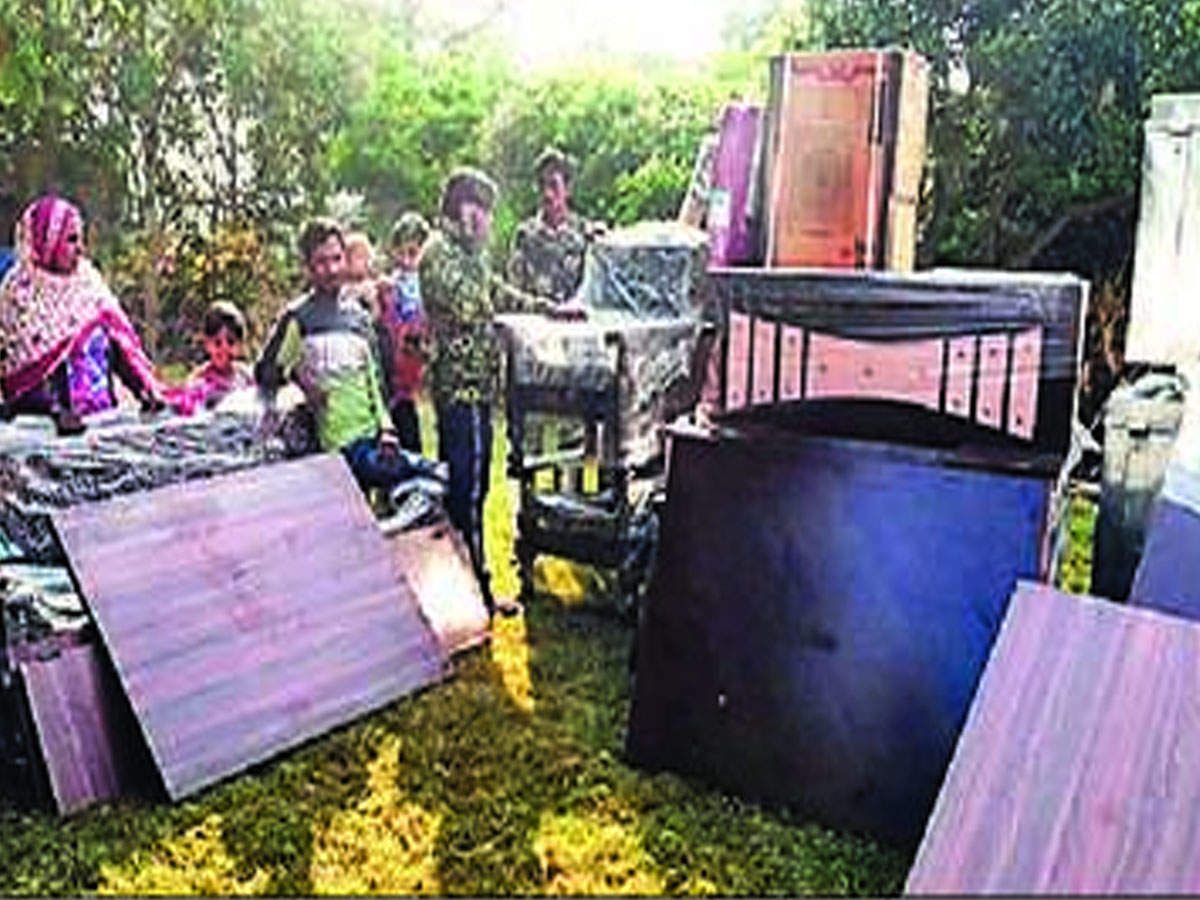 Rewari
For the weddings of 2 daughters, one father worked hard to make a pie. The daughters were also married on 25 November. The dowry item had also arrived at the house, but the fire broke out just before the passion. Simultaneously, one and a half million cash was also burnt. When a social worker listened to his devastation story, he came forward to help them. He made this painful story go viral on social media. After this, within a few hours, lakhs of rupees came to him, whose goods were purchased. On Monday, he happily took the daughters’ in-laws with dedication.

Had to go with passion on 23 November
In fact, Rambir, a resident of village Shemli in Bulandshahar district, labors in a guava field in village Bhatsana in Dharuhera area. He has 2 daughters. The two daughters were scheduled to be married in the same family on 25 November. He was supposed to go with passion on Monday 23 November. For the past several years, adding one paisa each, he had collected dowry items and cash of Rs 1.50 lakh for the marriage of his 2 daughters. On Sunday afternoon, when the whole family had gone to the guava field, everything suddenly got destroyed in the fire in the huts from behind.

People came forward to help after getting information on social media
In such circumstances, Rambir felt that his daughters’ hands would no longer turn yellow, but when social worker Prakash Yadav of Bharsana’s nearby village Kharkhara came to know about this incident, he shared the stories of the victim’s father on social media and shared the message with the people. Of. After this, hundreds of people associated with the group came forward to help. An amount of about 1.25 lakh rupees was collected in a few hours. In this, Prakash himself gave 20 thousand rupees. Prakash told that with the help of the people, the father bought the dowry goods in a hurry. In addition, cash was also handed over to them for marriage. On Monday, with the passion of both daughters, he went to the village of Faridabad. The groom said that such a disaster can happen to anyone. He said that the fixed date of weddings will be on 25 November only. Father Rambir, who has given up the hope of marrying his daughters, said that with the help of an angel, his daughters’ hands will be yellow. Prakash said that this was possible mainly with the support of Vikas Yadav, Harsh Yadav, Ashok Yadav, Dr. Ravi Yadav, Arun Sharma, Bir Singh, Varun, Chandrahas etc.