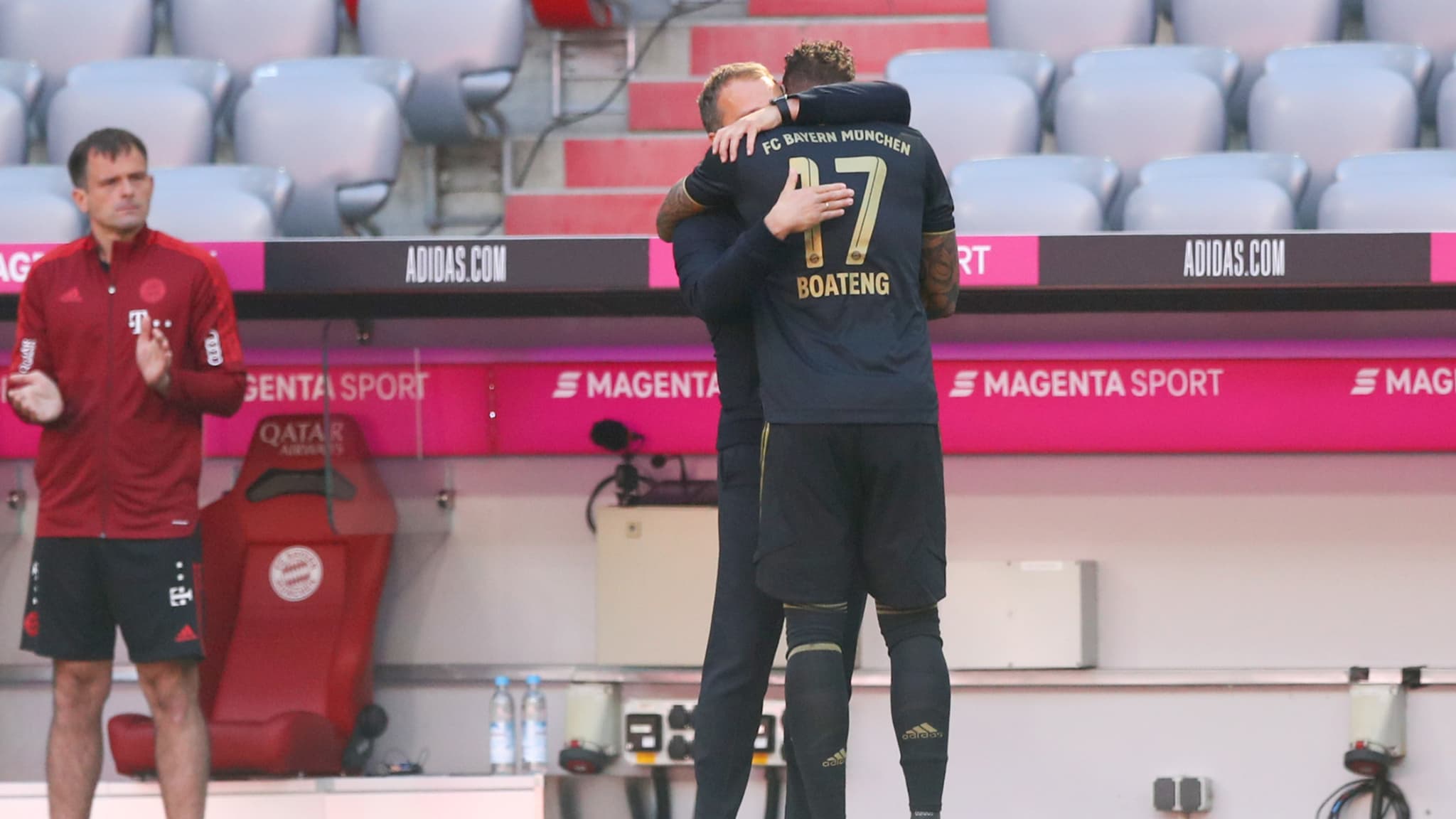 The last day of the Bundesliga was also that of the jubilees this Saturday. First at Bayern Munich where Jérôme Boateng, David Alaba and Javi Martinez played their last match. Twin brothers Lars and Sven Bender, Łukasz Piszczek and Sami Khedira hang up their boots.

A last day to the taste of jubilees. This Saturday, the Bundesliga closing ball took place. Already assured of a ninth consecutive coronation, Bayern Munich wanted to offer an exit through the front door to its defectors who will leave the club this summer.

Hansi Flick led his last meeting on the Bavarian bench while his departure has been recorded for several weeks now. The 56-year-old technician wanted to finish on a good note before studying the various proposals he has for his future, he who is announced with insistence towards the German selection for the succession of Joachim Löw but also as a candidate for the bench FC Barcelona next year.

Something promised, something due. As he announced at a press conference on Friday, the Bayern coach placed Jérôme Boateng and David Alaba in his starting XI, Javi Martinez starting on the bench. Before the kickoff of the meeting, the three men posed together, accompanied by Hans-Dieter Flick.

And Bayern played for their last of the season at the Allianz Arena, returning to the locker room 4-0. The moment to say his goodbyes has come at the hour of play for Jérôme Boateng. The German burst into tears, leaving the pitch to the applause of his teammates, replaced by Javi Martinez.

A few minutes later, David Alaba followed him, leaving his place to Corentin Tolisso. The Austrian will leave Bayern Munich at the end of the season. Arrived in Bavaria since 2009, the Bavarian number 27 is announced to Real Madrid next season. A happy last, placed under the sign of the ceremony of the title.

A host of farewells

The smell of the end was not only felt on the lawn of Bayern Munich. As he communicated his decision to retire, Sami Khedira was playing his last game of his career with Hertha Berlin.

The 2014 world champion also had the right to a guard of honor from his teammates for his last, after having made the heyday of Real Madrid and Juventus.

The meeting between Borussia Dortmund and Bayer Leverkusen also had its share of emotions. The iconic Bayer 04 duo, the twins, Lars and Sven Bender, were also playing their last. Worn out by physical glitches, the two brothers had announced that they would retire from football at the end of the season. And for his last minutes on the pitch, Lars Bender was offered the penalty by his teammates and by … Roman Burki.

Another emblematic figure of the Bundesliga also said his farewell: Łukasz Piszczek. The 35-year-old Pole is also leaving Borussia Dortmund after eleven years at the club.