Boxing: the endless face-to-face between Fury and Wilder at a press conference 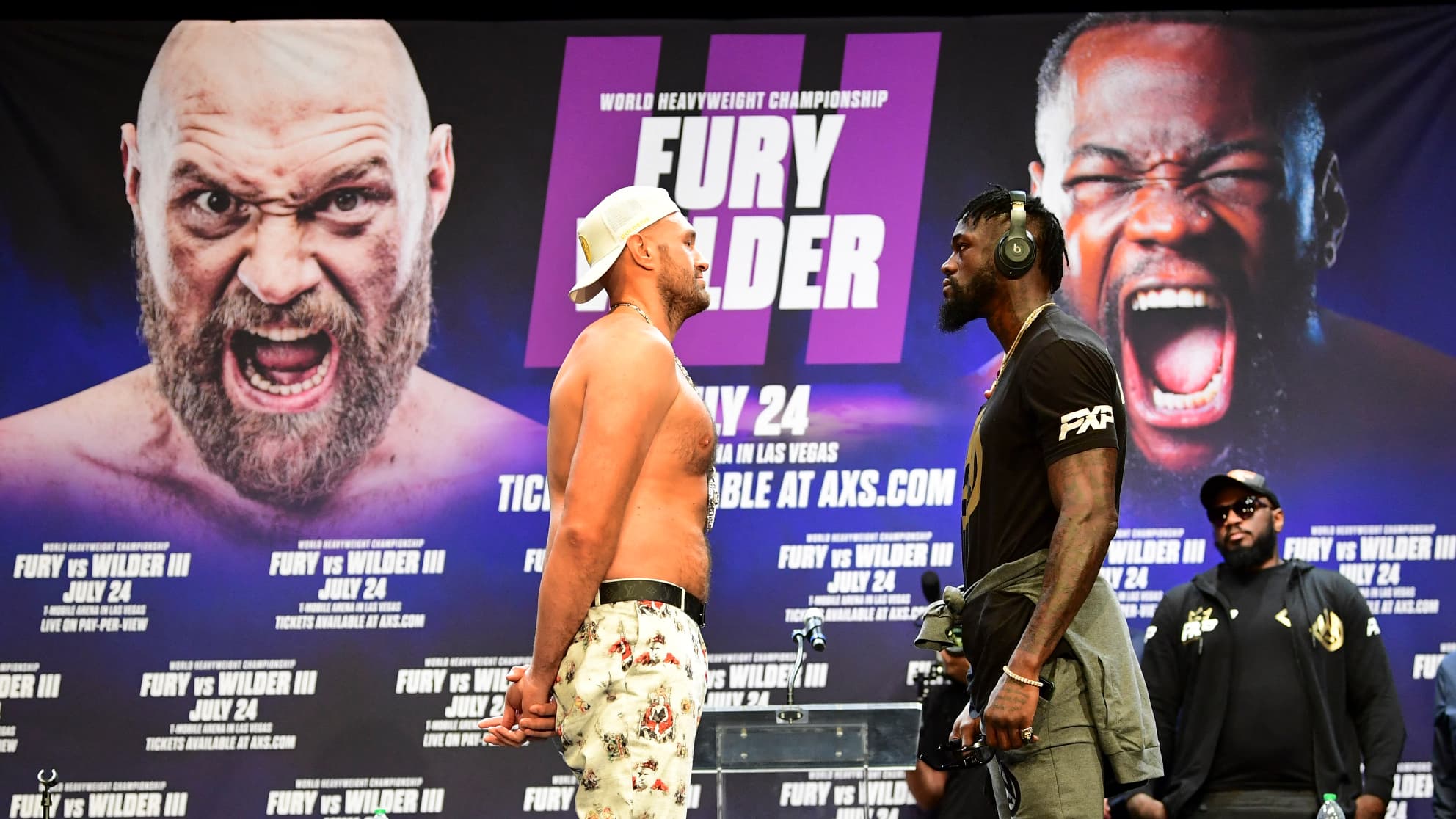 Tyson Fury and Deontay Wilder put on the show when they announced their third fight on Tuesday in Los Angeles. The Briton and the American, who will face each other again next month, stayed nearly five minutes staring each other in the eye. The better to challenge each other.

An eternity. Or almost. Tyson Fury and Deontay Wilder stayed a (very) long time face-to-face when they presented their third fight on Tuesday in Los Angeles. On the stage of the Novo Theater, the two boxers measured each other, eye to eye, for nearly five minutes. In camera. Unflinchingly. And they arguably could have stayed a lot longer if Malik Scott, Wilder’s new coach, hadn’t ended the show of manhood. “We won,” said a close friend of Fury when the two rivals finally separated.

One month before their new fight, July 24 in Vegas, the heavyweights announced the color. “It’s going to be a bloodbath,” Wilder warned, before sulking the press and letting his coach speak for him. Fury, he arrived shirtless by launching: “the champion is here!” Before chastising his opponent: “I think his silence shows his mental fragility”.

“I hope he offers more this time”

After a first draw in 2018, the 32-year-old Mancunien, recently settled in Nevada, won in February 2020. “I’m going to kick him in like a 38 ton, Fury promised provocatively. that he will offer more in the ring than the last time “. The coach of the American (35) replied by saying that his colt was ready to regain his WBC world belt by KO. What to expect particularly electric confrontation next month.