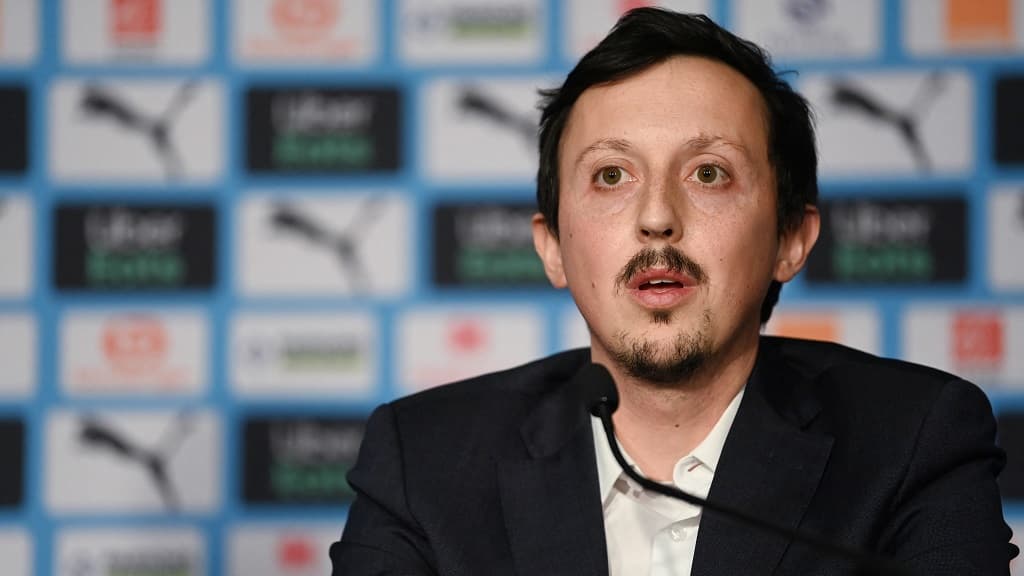 In the wake of OM’s defeat against PSG in the Classic at the Parc des Princes (2-1), Pablo Longoria hinted at a mediation on Sunday evening. Marseille president describes the penalty handed to PSG as “a difficult decision to accept”.

“You have to respect football”. The penalty, handed to PSG just before the break for a handball by Rongier and converted by Mbappe, does not appear to quell the debate over the arbitration of the classic won by the Parisians at OM (2-1). Marseille President Pablo Longoria elaborated on Prime Video’s microphone of his dismay after the final whistle.

“It’s a difficult decision, especially when you have VAR”

“I am surprised by a lot of decisions, reacted the Spanish leader. We saw a good game of football with two teams in control with no chances. Two teams that defended in an average block. The capture went from team to team. But sometimes in football I wonder… we can talk about penalties, about football… I think we have to defend football”.

According to him, “the ball hits Rongier’s hand at the entrance to his surface” before it touches the thigh. “I’m a football purist. It’s an involuntary position with the hand next to the body, he explains. When the ball touches the player’s thigh… it’s a tough decision, especially when you have VAR.” It is impossible for him to be fined, in a good game of football, between two good teams, first and second in a championship.”

ALSO READ  UFC jackpot for McGregor, who sells his whiskey for $ 600 million

Longoria also regrets that Mr Latexier was not shown all angles of the action before making his decision: “We have time to look at images except in the last minutes of the first half. Timing. It is very important for the rest of the game.” “

“It’s all about the little details”

The Spanish leader then analyzes the meeting and accordingly returns to the scales again. “Both teams won a lot of doubles in the midfield, it didn’t allow changes in both sides. It’s true that it’s a game without many opportunities. It’s played on small details, he concluded. When you take some technicalities … it was a match that is played on the small details. And we have VAR for that”.