Standard believed they could win against Cercle Brugge but VAR decided otherwise. For a very limited offside, the referee canceled a goal scored by Moussa Sissoko in the last second.

This Sunday, Ruches reconsidered the decision in a press release in which he announced his decision to file a complaint about the match: “If football lovers regret the excesses caused by the misuse of such technical means In order to gradually change the spirit of the game and distort football, its exploitation must, at least, be irreversible. Which was not the case in this situation. Far from it”, in a press release published by The Standard. can read.

People in Lige believe it is impossible, regardless of VAR, to be sure that Sisakko was offside at the exact moment of the ball’s departure, but also question how to define offside. The line was drawn for: “The image very clearly shows that the reference point taken to draw this line is not the farthest point of the Bruges defender’s body (his hip is clearly visible from the dashed line shown in the image). This apparent error completely distorts the course of the line and its comparison with the standard line taken at the striker’s head-end makes any conclusion, supposedly unquestionable, as much false. Yes, that is wrong.

In addition to these errors, VAR is also accused of imposing judgment on the referee and not assisting him, “as the name suggests”. “VAR protocol explicitly states that the video assistant should intervene only in the event of an apparent error or a serious lapse event. This also applies to the analysis of potential offsides. The stage in question never falls into either of these.” Two categories.

“We should therefore note that these are a number of violations that do not in any way fall within the scope of interpretation or evaluation, but within the pure and simple application of the applicable rules”, thus the standard press release concludes. 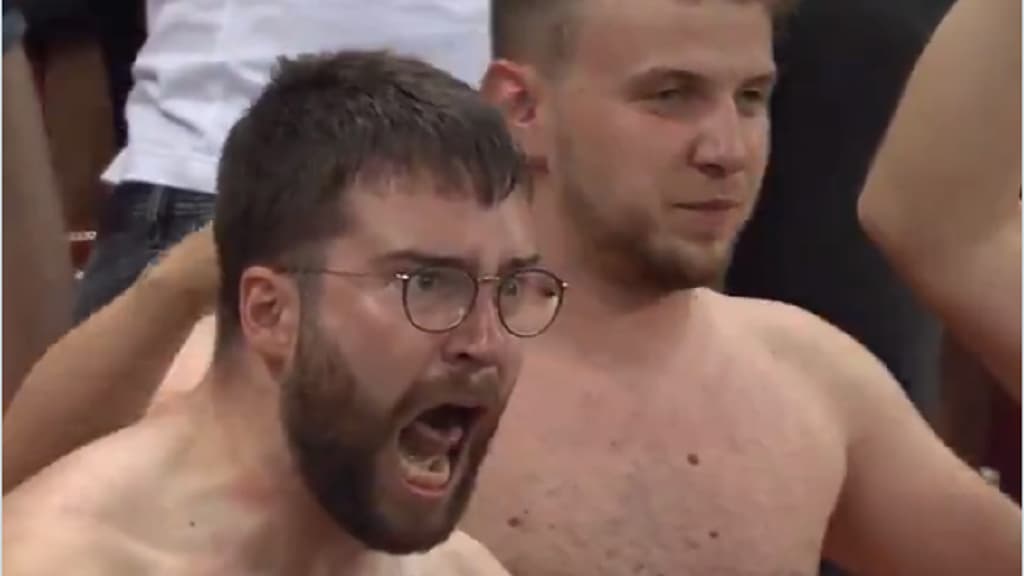 Euro 2021: Swiss companies tear up the fan who became a star of social networks after the Blues

Called by Theo Bongonda Democratic Republic of the Congo!