When the world tennis n ° 1 meets the double gymnastics world champion: Nina Derwael was well inspired by posting on her social networks the photo of her improbable meeting between Novak Djokovic on Friday at the Olympic Village of the Tokyo Games. The gymnast has, in fact, given a nice spotlight with the complicity of Novak Djokovic, undoubtedly one of the biggest stars of the sport planet who aligns this year at the Olympics. Because at the speed of light, this shot full of good humor and so symbolic of the Olympic values ​​of meeting and sharing, has spread on the Web and provoked many amused reactions.

But what is the story behind this photo which will remain as one of the most striking, even if it is not directly linked to the competition, of this edition of the Olympic Games? It is, in fact, one of the gymnastics coaches, Mathieu Zimmermannn, who is the author of this shot. The meeting between “Djoko” and the group of Belgian gymnasts took place while our representatives (Nina Derwael, but also Maellyse Brassart, who can be seen next to Nina, Jutta Verkest and Lisa Vaelen) were doing their stretching under the eyes of Marjorie Heuls and Yves Kieffer, their appointed coaches, and Wouter Taurin, their physiotherapist.

Obviously in a very good mood, the Serb offered if he could join them. How to refuse? For a few minutes, Novak Djokovic therefore did some stretching and discussed with the young Belgian sportswomen. Before thanking them, in English, “for this great experience”. And the current went so well between the tennis player and our gymnast n ° 1 that Nina Derwael now has a new follower on Instagram. But yes: Novak Djokovic! We can bet that he will send him a little message if our compatriot does wonders and wins his first Olympic medal.

The Belgium-Portugal referee, chosen for tonight’s semi-final, tackled by the Italian press: "A desaster" 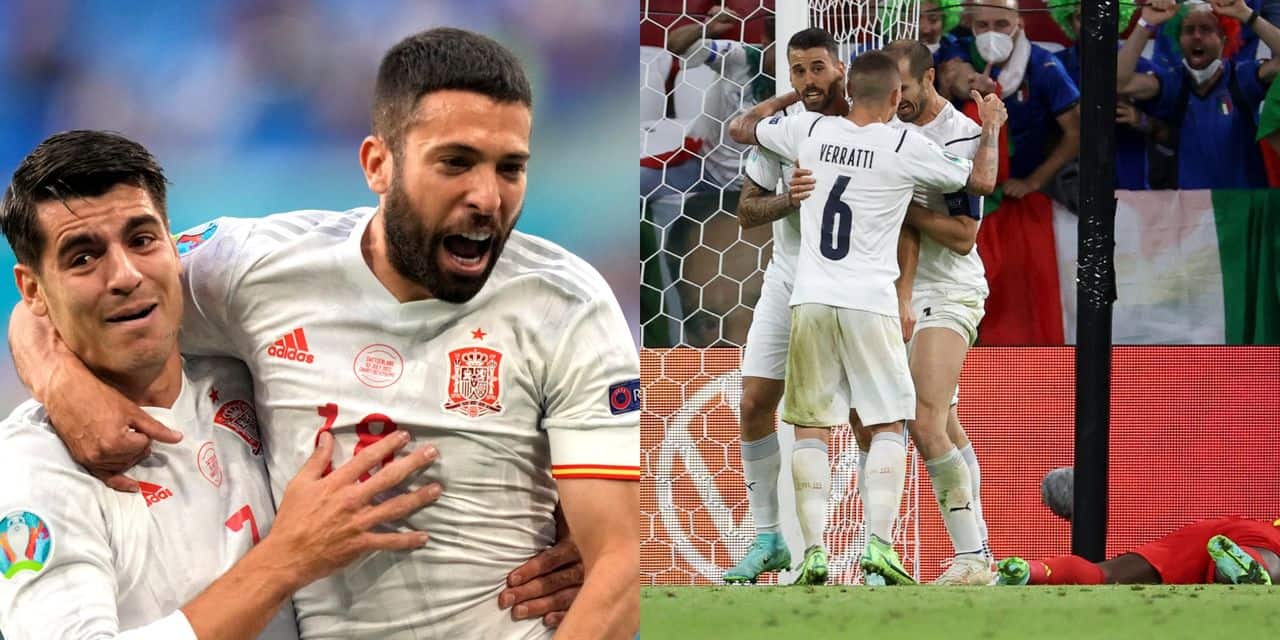 Who of the Squadra or the Roja will be the first finalist of the Euro? Follow the live at 9 p.m.

Zlatan is in trouble: he would risk up to three years of suspension!