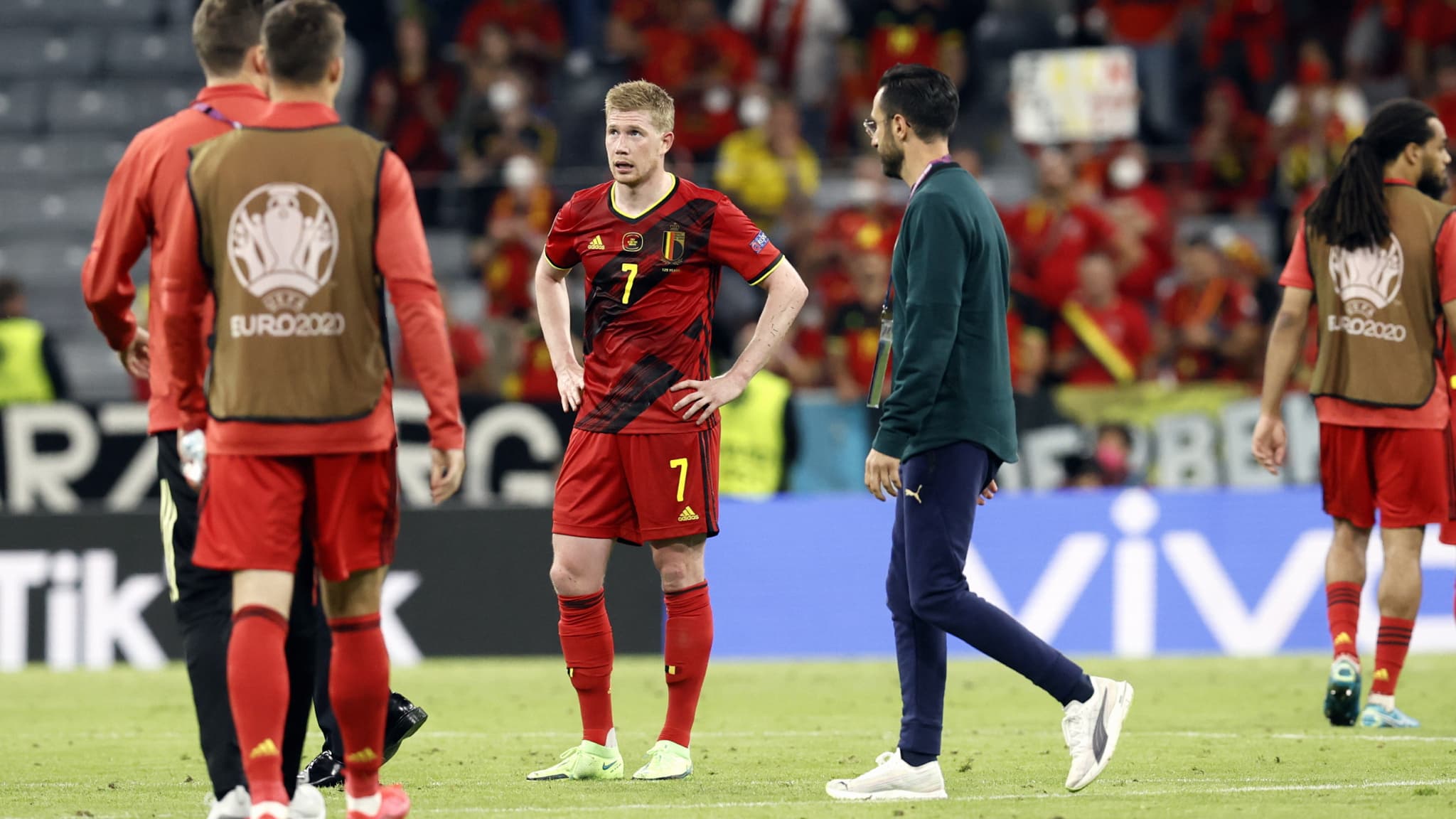 At the microphone of Belgian television this Friday, after the elimination at the stage of the quarter-finals of the Euro against Italy (2-1), Kevin De Bruyne regretted the “elements” against the Red Devils. The attacking midfielder pointed out the various injuries, including his own.

Belgium was eliminated from Euro 2021 this Friday, in Munich, against Italy (2-1) at the quarter-final stage. Arrived with great ambitions, the Red Devils have not been spared from injuries lately. What inevitably arouse disappointment for the players of Roberto Martinez.

At the Belgian television microphone after the meeting, Kevin De Bruyne regretted the unfavorable elements that affected the Belgian selection. “We are of course disappointed but we have to be clear-headed: we knew it would be a difficult tournament because there were a lot of elements and parameters that played against us, said the Manchester City player. Eden’s injury (Hazard), the withdrawal of Timothy (Castagne) from the first match, Axel (Witsel lacking rhythm) … We had too many problems to be at 100%. Me personally, I was not at 100% . I thank the medical staff who did an incredible job so that I could play this (Saturday) night despite a tear in a ligament (of an ankle). I fought … “

Advertisement
ALSO READ  IPL 2021 RR vs PBKS: If Sanju Samson did not make this mistake then maybe Rajasthan would have won the match

“People are going to be disappointed”

Affected by a double fracture in the face after the final of the Champions League, Kevin De Bruyne had already experienced difficult preparation. Against Portugal in the round of 16, “KDB” was taken out with an injury, hit in the left ankle. “We all fought until the end. In the first half Italy was better even though we could have opened the scoring. In the second half we had the chances to make it 2-2, De Bruyne said. . People will be disappointed, will criticize us but I think the supporters saw that we gave everything. “

Despite a fairly exceptional generation, Belgium has yet to win a major title. “We will try again next time (at the World Cup in Qatar, editor’s note, promised De Bruyne .. But first, I will first think about fixing myself”. In the meantime, Italy will find Spain for a semi-final of the Euro, at Wembley.