On the night of Sunday to Monday, twelve clubs formalized their participation in a future Super League which would compete head-on with the Champions League. A stab in the back of UEFA, fomented by three club leaders: Florentino Pérez (Real Madrid), Andrea Agnelli (Juventus) and Joel Glazer (Manchester United).

If the Super League project was announced with great fanfare by twelve of the biggest European clubs on the night of Sunday to Monday, it is in part because UEFA was preparing to formalize a reform of the Champions League from of the 2024-2025 season. But this timing is also explained by the recent re-election as president of Real Madrid of Florentino Pérez.

First president of the association “The Super League”, Pérez therefore waited before launching into the deep end. But the point is, the Real boss had been ready for several years and was looking forward to this moment. In the official statement of the project, Pérez announces that he wants to “help football at all levels to take it to the place it deserves. Football is the only global sport and the only one with 4 billion fans and our responsibility, as big clubs, is to meet the expectations of the supporters. “

Pérez is in fact the spearhead of the Super League project. Totally convinced by the idea, the president of Real has been negotiating behind the scenes for many years to try to materialize this idea of ​​competition. As revealed by the Football Leaks in November 2018, Pérez received that same year a first draft of the Super League, with 11 founding clubs and 5 teams invited for a start of competition in 2021.

In December 2019, the New York Times already evoked the secessionist inclinations of the Spanish leader: “At the heart of Pérez’s project is his long-standing desire to see the biggest European clubs, like his, be detached from their national leagues in order to to form an elite competition on a European scale, which would run for an entire season. ” In the end, Pérez still wants Real to continue playing in La Liga. The question now is whether the club with the 13 Champions Leagues will be excluded from its domestic championship.

Advertisement
ALSO READ  Australia-France: Jelonch explains the very big mistake of the Blues to the siren

It’s a Game of Thrones scenario. Andrea Agnelli, president of Juventus, has been playing a double game from the start. Member of the UEFA executive committee, president of the European Club Association (ECA), Agnelli has finally failed in the body that directs the European football. A stab in the back of Aleksandr Ceferin, president of UEFA and godfather of his daughter.

“We have come together at this decisive moment, to allow European competition to transform; by setting up this sport that we love on a lasting basis; by considerably increasing solidarity and by offering supporters and amateurs matches of very great importance. quality, which will fuel their passion for football, “writes Agnelli in the press release formalizing the Super League.

Yet Agnelli announced in January 2021 to The Times that the Super League project was a “rumor”. In February 2019, Ceferin went further: “As long as Andrea Agnelli and I are at the head of our respective organizations (Ceferin at UEFA, Agnelli at ECA, editor’s note), there will be no Super League . It’s not a promise, it’s a fact. “

Words that now seem distant. A time close, Ceferin and Agnelli have been having a latent conflict for many months. Which therefore results in this reversal of the jacket on the part of the leader of Juventus, while he was to validate the reform of the C1 on Monday during the meeting of the UEFA executive committee. Agnelli was also quick, after the announcement on the night from Sunday to Monday, to leave his functions at UEFA and the ECA, to become vice-president of the Super League.

The Manchester United co-president is not the best known of European club leaders. But Joel Glazer has also played a leading role behind the scenes in shaping the Super League. A member of the Glazer family, which took over Manchester United in 2005, the billionaire leads the Red Devils with his brother Avram Glazer. But it is indeed Joel Glazer who has been appointed vice-president of the Super League with Agnelli.

“By bringing together the world’s biggest clubs and players to compete against each other throughout the season, the Super League opens a new chapter in European football, which will ensure world-class competition and stadiums and increased financial support for the football pyramid as a whole, ”said Joe Glazer in the statement released by the Super League.

An American businessman, Glazer is also the owner of the Tampa Bay Buccaneers team in the NFL. The closed league format of the American football competition succeeded in convincing the co-president of Manchester United of the interest of adapting this model to European football. Because the American owners of football clubs in Europe do not understand how the historic Champions League unfolds, which they believe could be much more lucrative organized otherwise.

Behind the scenes, Joel Glazer has therefore discreetly supported the project carried by Florentino Pérez. The one who stood out by proposing to reform the Premier League with the Big Picture project last October, this time perfectly maneuvered in the shadows, to become vice-president of the Super League, a competition that could revolutionize the world soccer. 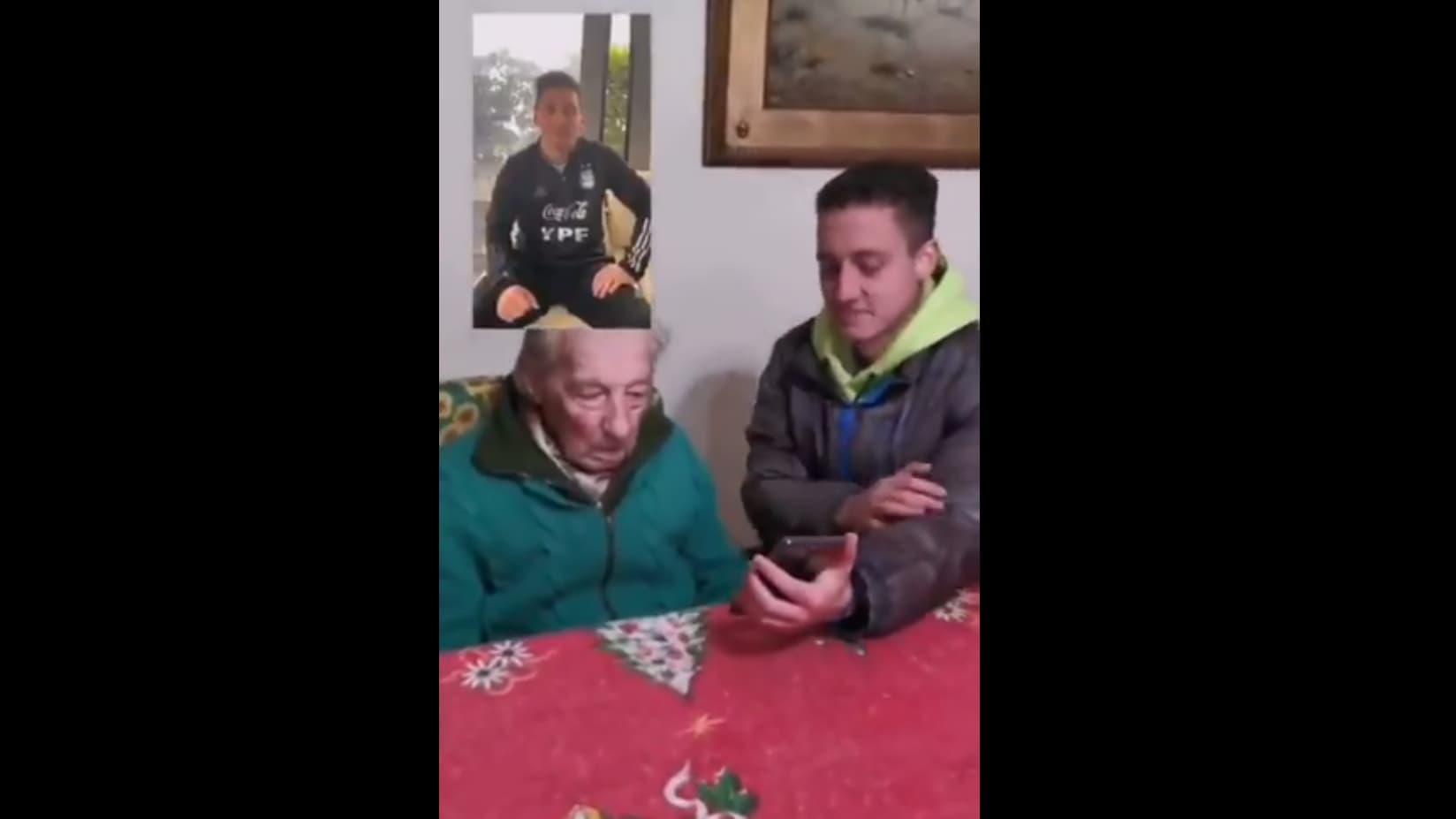 Argentina: the beautiful attention of Messi for a 100-year-old grandfather