The creation of the European Super League was announced on the night of Sunday to Monday. It currently includes 12 founding clubs and comes to undermine the Champions League and UEFA. Daniel Riolo’s analysis of the reasons for such a chaotic situation.

This time it’s gone and they won’t back down. From September, the Super League may see the light of day. In any case, this is implied by the official press release which fell at midnight. War is declared and it is still too early to know how it will go and who will win. I say it and I repeat it, being for or against the Super League is a debate which does not interest me. It is a low level passionate debate. It screams and it screams without thinking and especially without wondering how we got there.

We lament an American model that is not ours, but we sell our clubs to the Americans. We complain about an elite, a club of rich people who want to play among themselves. But when we deleted C2, when we invited the second in the championship, then the third, then the fourth, who yelled? We just fought to be in the two, then in the three and we cried because we did not have four places.

We don’t want a tight elite. 20 rather than 32. But we get tired of group matches and we have to admit that the competition really begins in the round of 16.

We like the football of the little ones, not that of the big ones, don’t we? Bullshit and lies. The Europa League without a French club is a quarter of a page away in the newspaper. When the French get hit in C3, we even say it’s okay, because we don’t really play it. Worried that nobody bought the rights to the Europa League for the coming seasons?

We don’t like the elite, but we schedule Coupe de France matches at 2 p.m. on weekdays. No more broadcaster is fighting to buy the rights. We canceled the Coupe de la Ligue because nobody wanted it! I really have to talk about what happened with our Ligue 1? How much is it worth today by the way? If the great defenders of our football of the terroirs and chapels, of our derbies, want to look at the audiences of L1 matches, they risk falling backwards.

And we are talking about the matches of the France team that no longer interest anyone? The truth is that football is devalued everywhere. The Champions League is the main vector of emotions today. But here too, audiences are declining.

UEFA cries, screams and threatens. But what did they do? How did they organize themselves to fight? By proposing an absolutely absurd reform with 36 clubs and an incomprehensible formula? Those who don’t want the Super League will really prefer the Swiss competition? Let everyone stay in their own postures and their cheap indignation. I don’t walk.

“A clear and neat formula”

So, given the table, how to be surprised by this bomb that has just exploded in the face of world football? 12 clubs, soon 20. A clear formula. Readable. 15 founders and five renewed teams. A quarter in short. We are sure that every year, for 10 years, the current Champions League proposed a more important renewal? Of these five teams, sporting merit will be decisive and it is better than an invitation to the head of the client.

We are talking about clubs hungry for money. Because this is not already the case with the Champions League? We were in patronage, philanthropy. Did I miss something? In response, the Super League indicates that a regulated spending framework will be put in place. Solidarity income will be generated.

Neither for nor against, quite the contrary, said Coluche. Finally, faced with this historic day for our football, I am rather angry. The postures, the hypocrisies, the offended, all that tires me. Even if it means being nostalgic, give me back my three European Cups from when I was little and leave me alone. 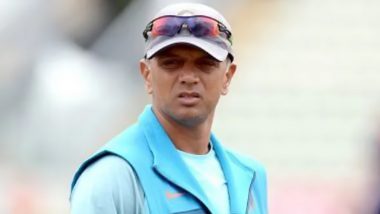 When Rahul Dravid was angry at MS Dhoni, Virender Sehwag told the story

F1: Alpine has "the potential to be a champion team", according to Alonso