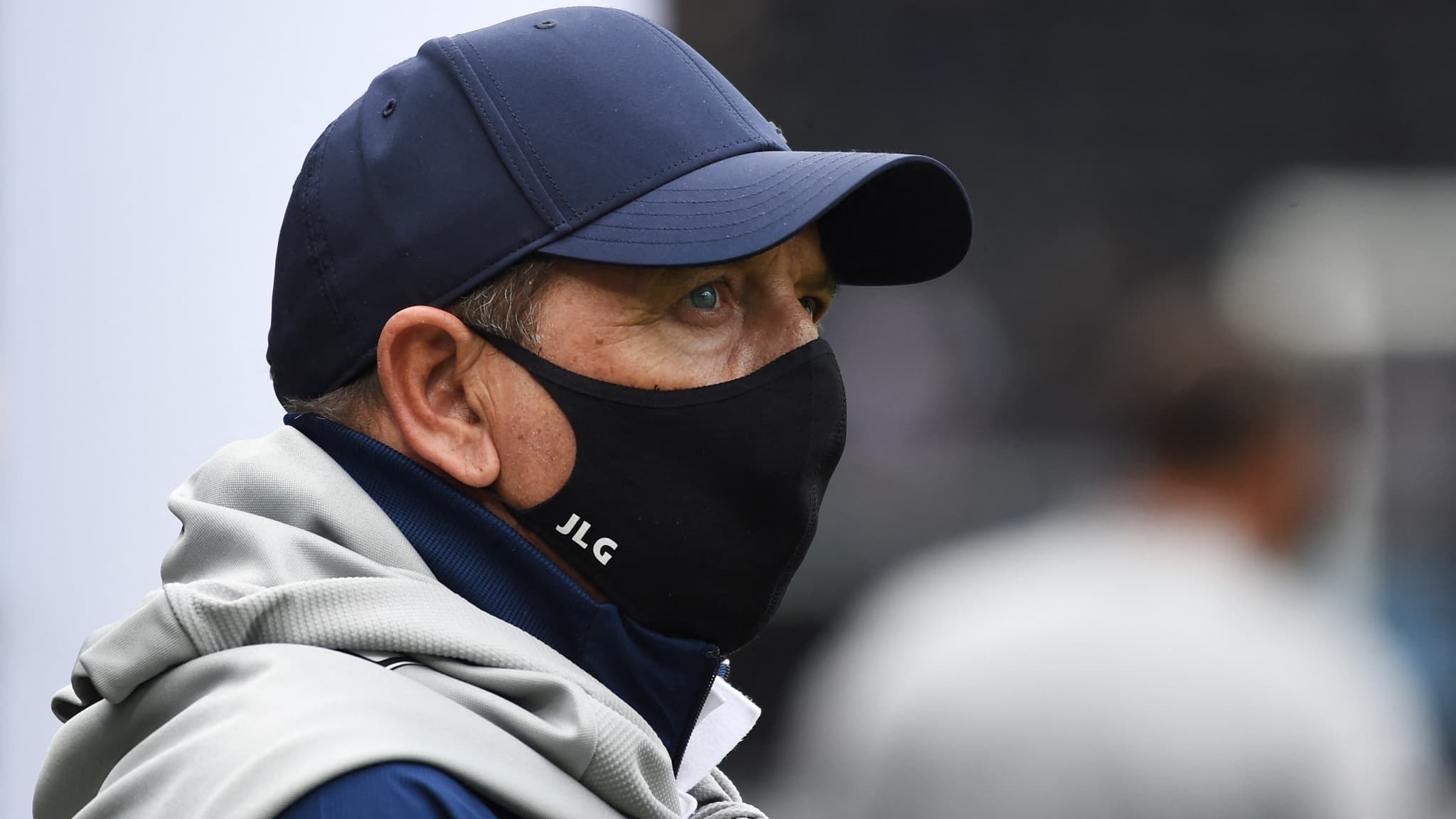 Heavily defeated in Lorient (4-1), the Girondins are in the midst of a crisis. At a press conference, Jean-Louis Gasset and Benoit Costil appeared completely defeated.

The Bordeaux players had hoped that their performance on the field will bring balm to the hearts of their supporters, bruised by the surprise withdrawal of their owner, King Street, this week. It was not: the Girondins sank in Lorient (4-1), after a catastrophic first half, and plunged a little more into the crisis.

“I said I wanted to bring everything back to the game, whispered Jean-Louis Gasset, Bordeaux coach. But when you make technical mistakes like that, marking mistakes, it’s hard to win a match in Ligue 1. I don’t know how we can have such a first half. We were catastrophic at all levels: technique, concentration, defensively. It’s hard. “

“The group is concerned”

Marked by the result, Gasset seemed desperate by the overall “concern” in the locker room. “Until now, we had the problem of players who were at the end of their contract and who were said to be a little less concerned. Today, we have the problem of a group that is concerned, but worried about what is arrived. I had asked to be positive in the discussions, but when news like that arrives, we can not prevent the team from their future, their contracts, the staff … It probably put the pressure on them. . “

However, he refused to be resigned, while relegation has never seemed so close and the team remains on four setbacks. “As long as there is life, there is hope, there are four games left. We are on a very soapy slope, but we are just missing a little trick to find that lever. It doesn’t matter, I’m at the end of my career, I came here to give a hand to a club that is dear to me. The future, I don’t care. But we’ll have to find the words so that we can give a lot more and play with confidence. “

After the match, “silence”

Benoit Costil, Girondins goalkeeper, appeared after his coach at a press conference, face closed. “We were killed throughout the first half. In every detail, every part of the game, we were faulty: with the ball, without the ball, offensively, defensively, everywhere, he said. about the game. After the game there was silence, you can imagine. The solution, I would like to have it but I don’t have it, so I didn’t say anything (to his teammates in the wardrobe). “

The former captain also returned to the announcement of the departure from King Street, without taking refuge behind this excuse to explain the rout. “It’s difficult to measure the impact it had, said the former Rennais. We learned that when we arrived in Lorient, before the meal, and we weren’t expecting it. I’m not looking for pretexts, because we were at fault on the pitch, but it’s still better to work in a favorable context. We will have to live with it until the end of the season. “

Leeds: Bielsa denies being close to an extension

Mane or Salah: Who will return to Liverpool with Cain?

PSG-Bayern: a Parisian line-up without surprise, with Paredes?