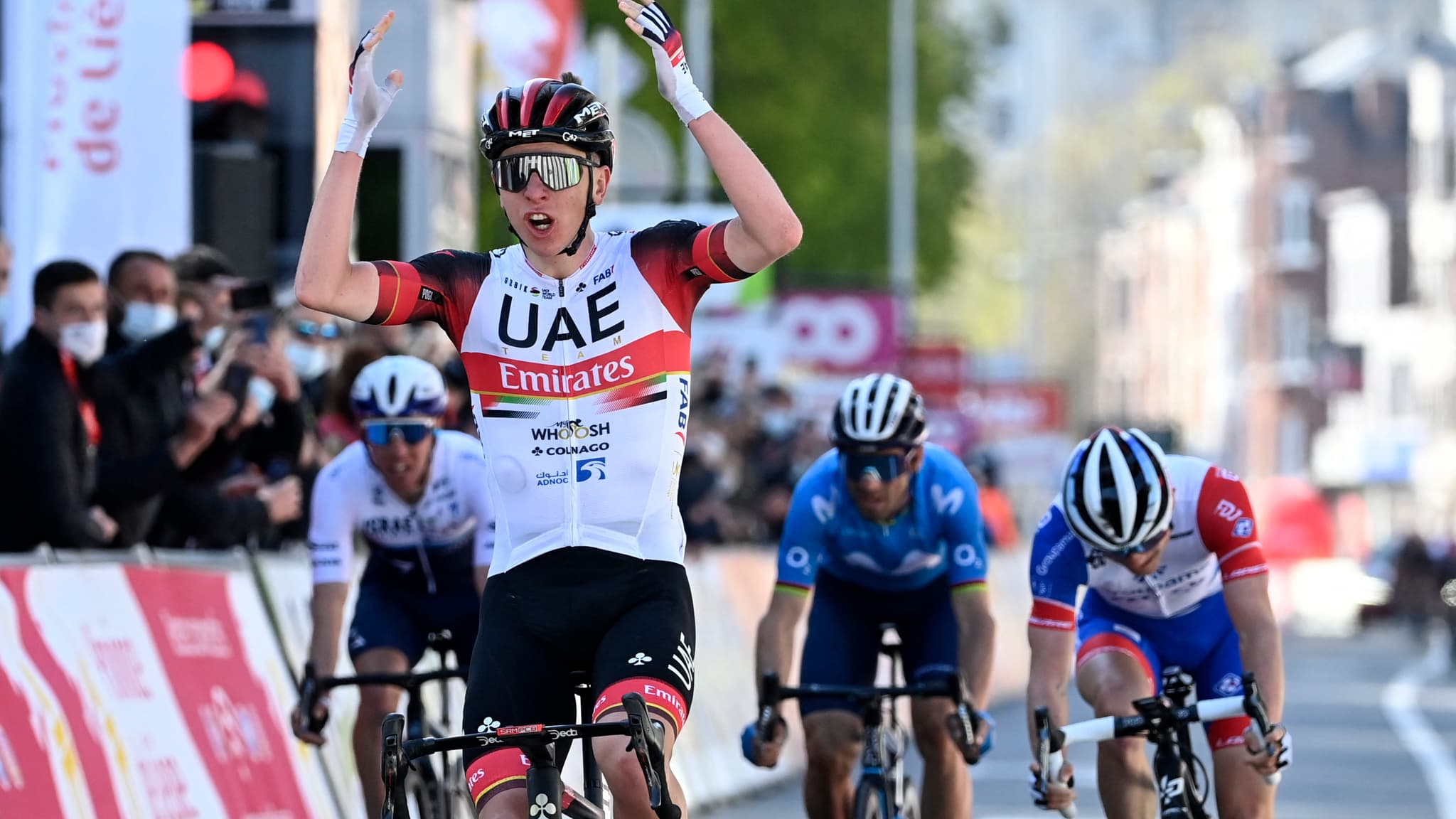 Four days after winning the Flèche Wallonne, Julian Alaphilippe hoped to catch Liège-Bastogne-Liège. The world champion was beaten on the wire in the sprint by Tadej Pogacar.

Julian Alaphilippe who crosses the Liège-Bastogne-Liège line in second position, there was an air of déjà vu. Last fall, the world champion raised his arms when he had just been jumped over the line by Primoz Roglic. This Sunday, he was again beaten in a sprint by a Slovenian runner, but his executioner is this time called Tadej Pogacar. The young leader of the UAE Emirates team, already winner of the Tour de France last year, wins his first Monument.

But Julian Alaphilippe, this time, does not have much to be ashamed of in the final. Neither a celebration too early, nor a gap in the sprint that had earned him a downgrade last year. He was beaten in a regular sprint, by a Pogacar probably a little cooler than him. The Slovenian, very strong in the last thirty kilometers, first tried to get out and then did not hesitate to ride behind Richard Carapaz, when it was necessary to take back the Ecuadorian from the Ineos team, who started at the front.

The world champion was trapped twice, in the rise of La Redoute then in the Côte de Forges. Badly placed, caught in a break each time, he forced his Deceuninck-Quick Step team to roll more than expected to bring him back to the other favorites. He was nevertheless quite strong in the coast of La Roche-aux-Faucons, the last difficulty of the course, where he isolated himself at the front with Pogacar, Valverde, Woods and Gaudu, before heading for the sprint.

On paper faster than those accompanying him, Alaphilippe was in the lead fifty meters from the finish before seeing Tadej Pogacar tumble down to his right. David Gaudu, third, allows the Blues to take two places on the podium, but without climbing on the highest step. France is therefore still waiting for a successor to Bernard Hinault, the last French winner in 1980. Slovenia is walking on water and has just won the event for the second time in a row.

What happens to Roberto de Zerbi, in the blur in Shaker?