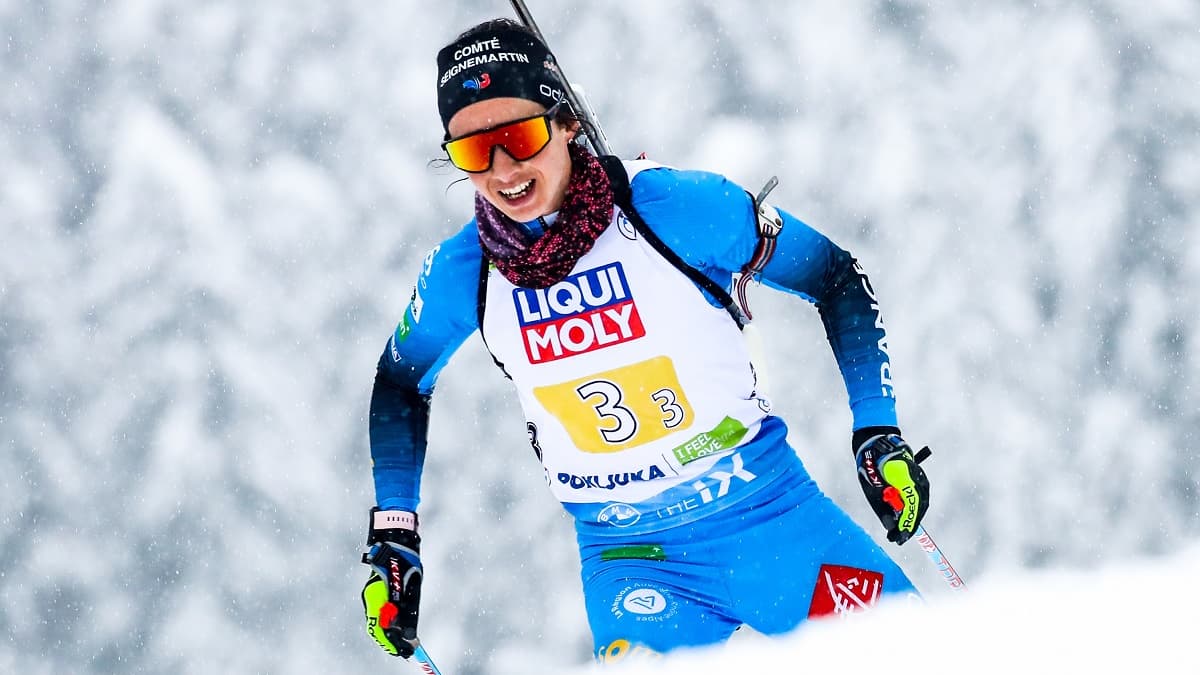 Anaïs Chevalier-Bouchet signed a very good race this Saturday to take second place in the sprint at the Biathlon Worlds, in Pokljuka (Slovenia). The Frenchwoman took the silver medal behind Norwegian favorite Tiril Eckohff.

And one more podium for France. The day after the beautiful silver and bronze medals of Simon Desthieux and Emilien Jacquelin in the men’s sprint, Anaïs Chevalier-Bouchet finished this Saturday in second place in the women’s sprint at the World Championships in Pokljuka, Slovenia. Best medal chance, the 28-year-old biathlete held her rank perfectly and came close to victory behind Tiril Eckohff (10/10 shooting).

Impeccable on skis with the best time on the track, the Frenchwoman let slip the world title on the shooting range. After a clear round on the bench, Anaïs Chevalier-Bouchet made a mistake on the standing. Despite a penalty lap, she pulled away to climb on the podium and take a beautiful silver medal in front of Belarusian Hanna Sola (10/10 shooting).

“I was really too good on the skis. After the mixed relay, I felt that I had not yet digested, but on Friday I said to myself that I was holding something, explained the silver medalist at the microphone of Eurosport. . There, on the track, it was easy, it was fun because it was going well. I’m missing one standing, it’s a shame, but I’m still very satisfied. I wanted to recover after having messed up one team race. I moved on, and today was good. This track suits me well because there are bumps and changes of pace. This year suits me. It’s cool to start like this. “

Missing the inaugural mixed relay of these Worlds, with four faults on her last target, Anaïs Chevalier-Bouchet wanted to be reassured and take her revenge this Saturday. By climbing on the second step of the poidum, she did even better. Four years after taking the world bronze in Hochfilzen, already in a sprint, the Frenchwoman achieved her best result in an individual race at the Worlds.

It was a little more complicated for the other French biathletes involved in the race. With a shooting foul, Justine Braisaz-Bouchet slipped to 21st place one minute and 33 seconds behind Tiril Eckohff. Julia Simon despite a disappointing 6/10 shooting is 23rd and Anaïs Bescond (8/10 shooting) is content with 29th place.

By failing just 12 seconds behind Tiril Eckohff during this sprint, Anaïs Chevalier-Bouchet finds herself in an ideal position before the women’s pursuit scheduled for Sunday (3:30 p.m.) in Pokljuka. Simon Desthieux and Emilien Jacquelin, who will start a little earlier in the men’s event, could well give him ideas.