Biarritz-Bayonne: Aldigé, the president of the BO, responds to the prefect on health rules 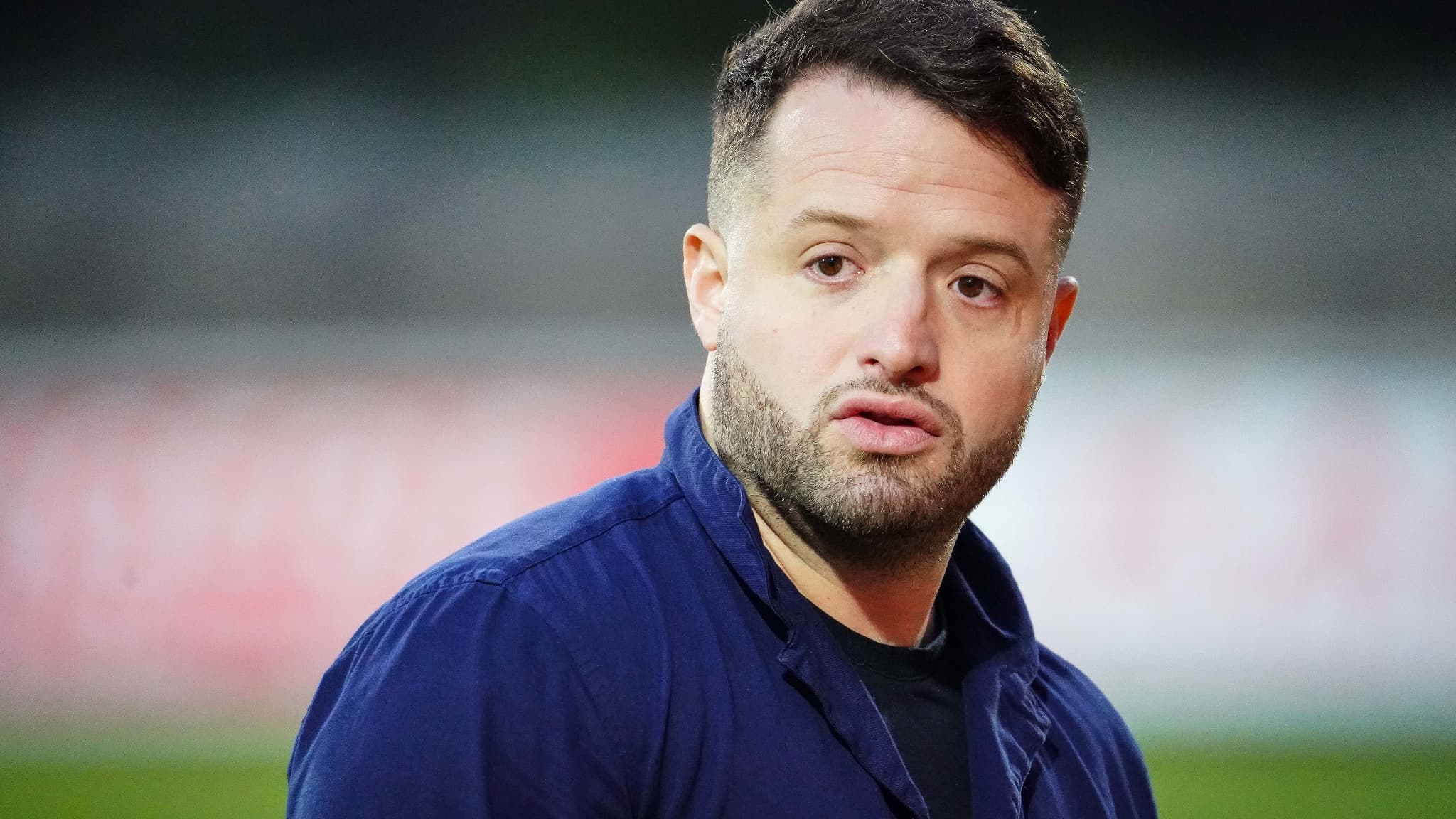 EXCLUDED from RMC SPORT. Biarritz Olympique landed its ticket for the Top 14 this Saturday, in a crazy atmosphere at the Aguiléra stadium during the Basque derby against Bayonne. While the gauge of 5,000 spectators had to be respected, the stands were particularly full, to the great anger of the prefect of Pyrénées-Atlantiques who asked for sanctions. After a night of festivity and before a barbecue at the beach with his staff, the president of the Biarritz club Jean-Baptiste Aldigé answered him for RMC Sport.

Jean-Baptiste Aldigé, Biarritz Olympique landed his ticket for the Top 14 but since Saturday, we have been talking a lot about the high attendance in Aguiléra. The prefect of Pyrénées-Atlantiques, Eric Spitz, expressed his anger. What happened and why were so many people present despite the mandatory limit of 5,000 people maximum?

We will take stock of the services. We already watched last night. I saw this controversy appear. The National Rugby League organized, in partnership with us, this match. We looked again yesterday (Saturday) at the software (tickets sold) and there were 5,000 people, including the five invitations, a little under the cloak, that the sub-prefect of Bayonne had asked me to be in. match him and his family. I don’t know what’s going on. I especially remember that there were 5,000 people at the stadium who were happy. After the year of Covid that we have just experienced and all the episodes that every member of society has known, it was incredible. The people were happy. I can’t believe we’re trying to come and sully that joy because it was incredible. I haven’t yet realized what’s going on. On my phone, I have a lot of messages telling me about this. What I know is that my teams organized this in perfect harmony with the health rules. The match is gone and there has been no report from referees or delegates about an organizational malfunction. I do not understand. I hope that it is not yet a way of our own territory to try to exclude Biarritz Olympique. Biarritz Olympique has once again become the benchmark club for this territory. The order of things has been restored. We are here and I hope that we will not be prevented from savoring this happiness.

But do you agree that there were more than 5,000 people in view of the two very busy stands?

It’s a small stadium. In real total capacity, we must have 6,500 seats. This is what has kept us busy in recent months … We have been asking for a new stadium at the town hall of Biarritz for three years. That’s why… When you remove the press zones, the dead zones, the weigh-ins, Aguiléra is a very small stadium from 1975. It is true that the atmosphere was impressive. It made noise, not like there were 5,000 or 7,000, but like there were 25,000. And I’m sure we were 25,000 people, that’s the number of inhabitants in Biarritz, and who all pushed.

Aldigé: “If you have my number, Mr. Prefect, you can call me”

The prefect indicated on The Indian Paper and RMC this Sunday morning that “the police on the spot had noticed that people moved and consumed at the refreshments”. What about this point but also the invasion of the field after the match?

I saw this story. Me, I have an authorization from the sub-prefect to open the bars, as he had authorized the opening of the bars in the fan-zone of Bayonne. So I am surprised. I don’t know what happened. I was in the after-game party craze. There, we’re going to have our barbecue and I’ll watch it all on Monday. All documents will be issued to the appropriate authorities to verify. For the invasion of the field, it’s like at Roland Garros. After 11 p.m., they let Nadal-Djokovic take advantage of the shock. For the invasion of the field, I do not know how you manage to retain people who have been waiting to rise to the Top 14 for seven years. Afterwards, it was within the standards, since the people who were there had a health pass. Let the people live, let the people be happy. They need it.

Do you fear the possible sanctions mentioned in recent hours? Are you going to speak directly with the Prefect?

Yes, if he calls me. I do not know him. I admit that I am a little taken aback by the form. That’s a lot of cowboy. I saw one of his sentences about us: “These people are above the law”. I don’t even know him. I understand that they are a little under pressure, that they need to show in Paris, with centralized power, that they do the trick in the provinces, that they reign over the Basque Country, that they take it as it is necessary. If you have my number, Mr. Prefect, you can call me. We can exchange. There is no need to shoot each other in the press or issue press releases. Today we are just happy. The Biarrots are gay.

Do you savor this ascent?

We celebrated it with dignity in our stadium. The night is still in progress. We will now meet at the beach for a family barbecue. We do not yet measure the significance of what happened yesterday. During the week, I said that this derby could be the one of the century. I was told that it was already good if it was the one of the decade … But it was the one of the century! This recovery was not easy. Three years ago, we embraced the cause of the BO which was relegated to Federal 1. And in three years, we put the BO where it should be in the hearts of people, that is to say in Top 14. We are the little thumb who just farted the door. We are very happy, very proud. We gave the Biarrots a lot of happiness and we proved that the city of Biarritz could have a professional club, while we have heard a lot in the last six months that this was not the case. It is not a revenge, but a personal and professional accomplishment to have partially carried out the mission which had been entrusted to me. We want to perpetuate this team, keep it in activity, manage to pay the employees and the players of the club. It is not a revenge but a satisfaction to have accomplished something.