Bayern Munich: Coman hit in the knee and left at half-time before PSG 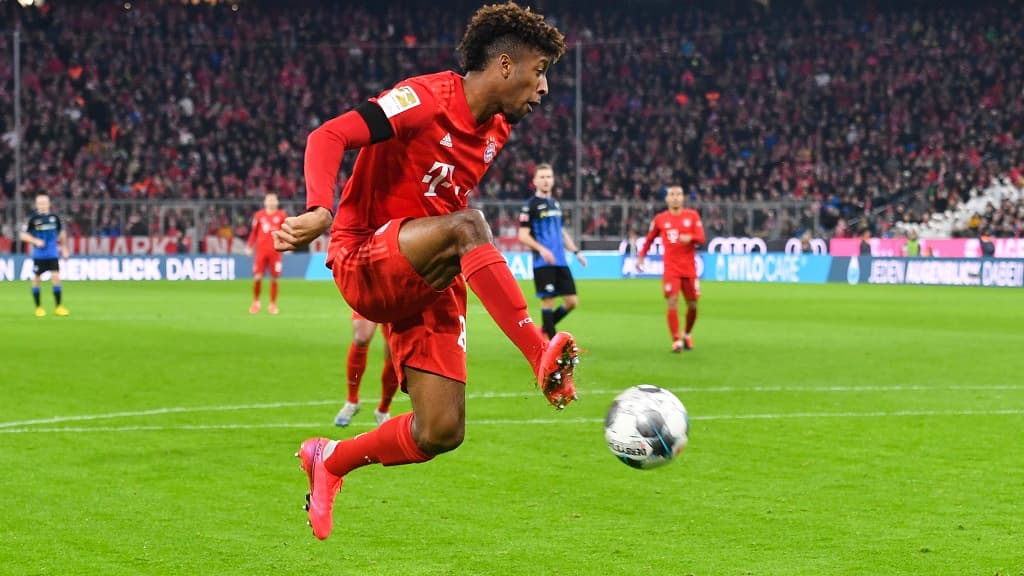 Starting with Bayern this Saturday to face Union Berlin, Kingsley Coman was hit in the knee shortly after the half-hour mark. If he initially requested the change immediately, the Frenchman finished the first period and has left his place at half-time to Leroy Sané.

The headaches continue for Hansi Flick. After the defeat of Bayern Munich against PSG this week (2-3), the German technician had worked in favor of a large rotation while renewing five elements, including Kingsley Coman.

Often faced with injuries, the Frenchman once again saw his left knee playing tricks on him. Shortly after the half hour mark, the winger stopped playing, turning to his bench to ask for the change.

Out for a few minutes at the edge of the pitch, the Bavarian striker finally returned to the pitch to complete the first period, accelerating a few times but with the will not to want to force too much. He finally came out at half-time, leaving his place to Leroy Sané.

The meeting in the snow against PSG will have left its mark. After the packages confirmed in attack by Robert Lewandowski, affected with the Polish selection, and Serge Gnabry, tested positive for Covid-19, Niklas Sule and Leon Goretzka also had to give up their place against PSG during the game.

The German defender is already forfeited for the return leg while doubts hover over Leon Goretzka, whose injury is less severe, as Hansi Flick indicated at a press conference.

Meanwhile, Lucas Hernandez has also added to the uncertain. Touched in the ribs, the Frenchman was spared this weekend but is still hoped for for the return match.