Baseball: the public back in the stadiums in the United States 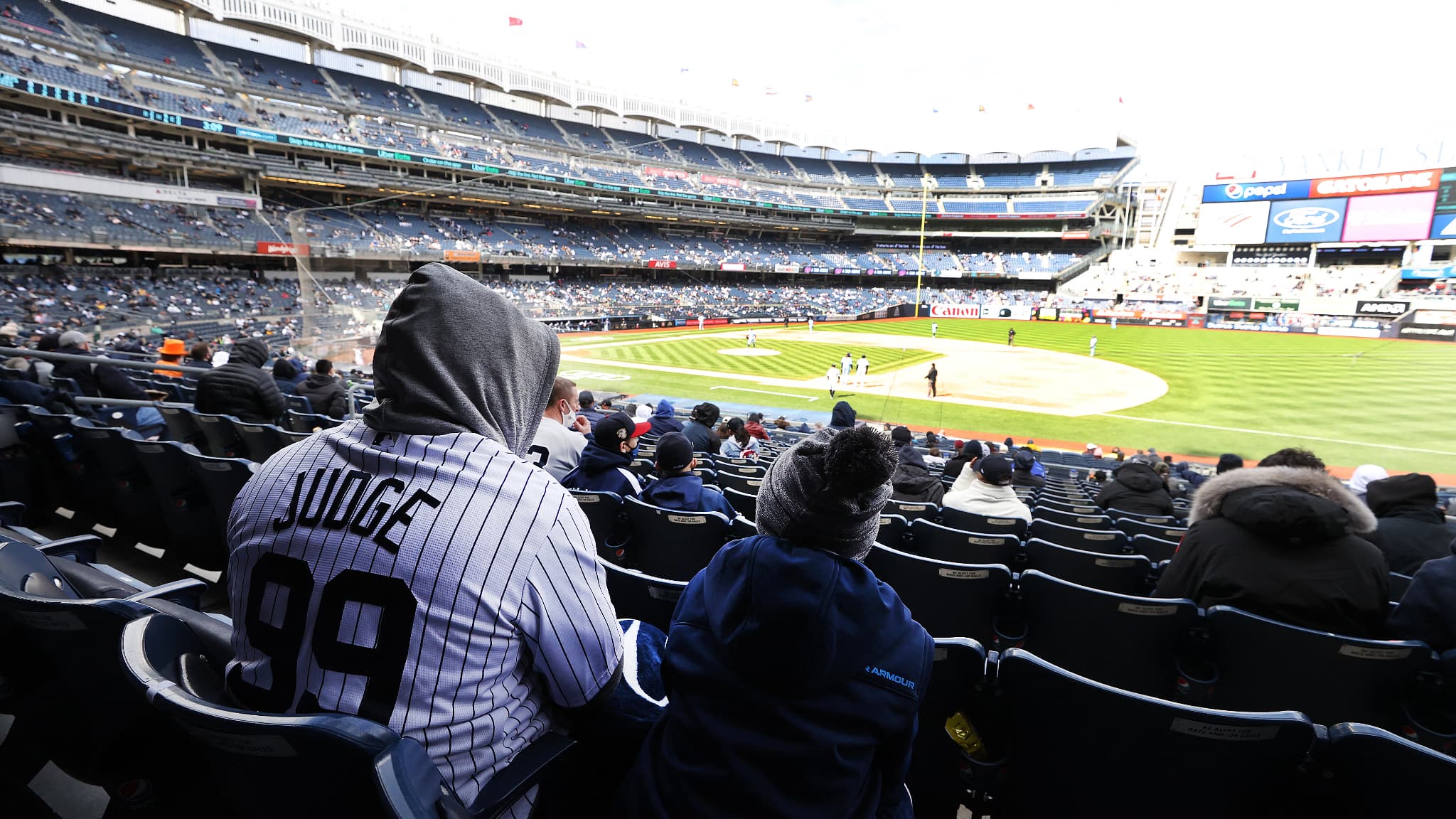 A little optimism in this period of confinement: in New York, fans of the Yankees baseball team were able to return to the stadium, for the first time since October 2019.

Striped jersey on the back, glove in hand and mask on the face, New York Yankees fans returned to their stadium on Thursday for the first time since October 2019, when the baseball season kicked off in the United States. “It’s been a very difficult year because the Yankees are everything to us. I’m so happy to be back,” enthuses David Wickland, 10, who came to the game with his father William.

Yankee Stadium, located in the Bronx, remained empty for the entire 2020 season, shortened by the coronavirus pandemic that claimed more than 49,000 lives in the nation’s largest city. The 54,000-seat compound, which still serves as a vaccination site, is now allowed to operate at 20% of its maximum capacity amid easing restrictions in New York.

Nearly 11,000 fans were expected for the first game of the season against the Toronto Blue Jays. “We couldn’t wait to come here. We would have arrived last night if we could,” said 60-year-old Sunny Angen. Her neighbor, Cori Odwak, a 27-year-old medical student, maintains that the atmosphere “is going to be crazy”, despite the reduced number of spectators.

Pierce Readon, 10, baseball glove in hand, hopes that a smaller crowd means more chances for him to catch a ball sent into the stands. Before being accepted into the stadium, fans must provide proof of either a full vaccination or a negative test within the last 72 hours. Their temperature is also checked at the turnstiles at the entrance.

Once inside, they should form a “capsule”, at least two meters away from other fans, and wear a mask at all times, except when eating or drinking – an essential component of the experience of a fan. American baseball stadium. In the United States, baseball is closely associated with the summer season, as much as a trip to the beach or a meal around a barbecue in the backyard, and families love to get together at the stadium to watch a game.

With most of the professional baseball teams’ stadiums operating with reduced capacity for the 2021 season in the United States, President Joe Biden has criticized the 100% opening of the Texas Rangers stadium, which can seat 40,000 people. “I think it’s not responsible,” he told ESPN sports channel.

Jose Villeneuve, who drove two hours from Philadelphia to see the Yankees, hopes that the limited return of fans to Yankee Stadium is a sign of better days, and that soon spectators can fill the arena. “It’s the first step for me, mentally, to think that we are heading towards a return to normalcy,” he says.