Barça: the great plea for the Super League of Laporta, which attacks PSG 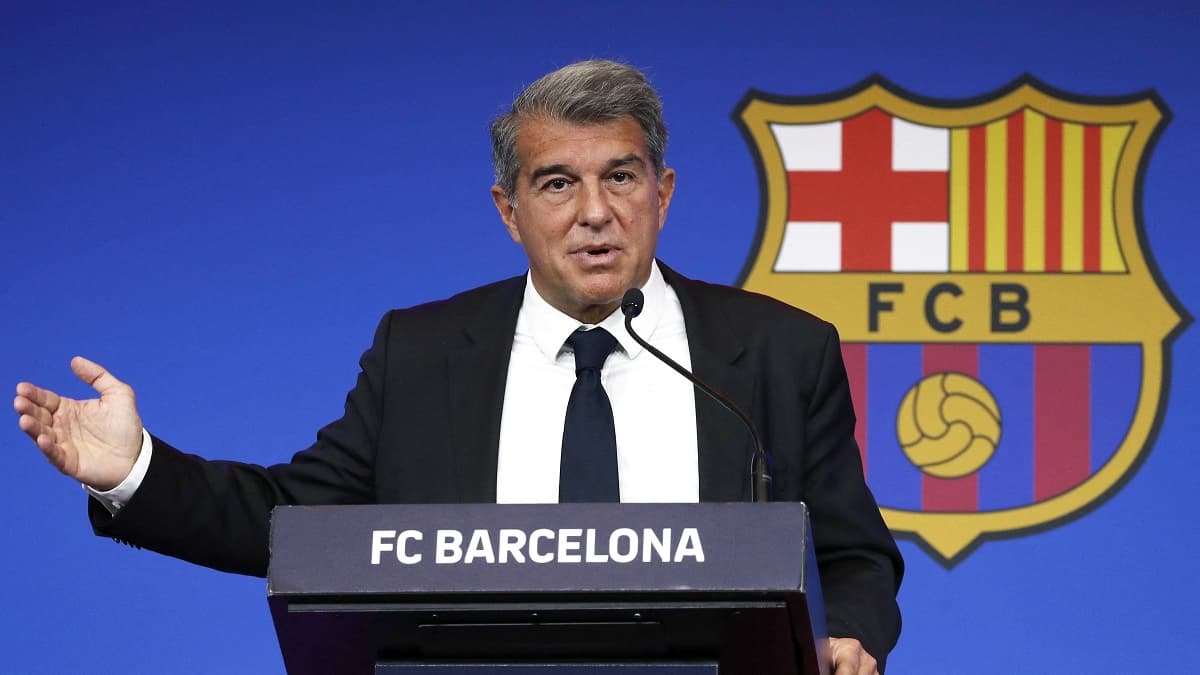 The plan to create a Super League is “still alive”, said Sunday the president of FC Barcelona Joan Laporta, according to which this competition would bring substantial financial resources for all the clubs.

Joan Laporta does not give up, the Super League project, although stillborn in the spring, is for him “still alive”, he declared on the occasion of a meeting of Socios. The president of Barça defended the position of the Catalan club in this affair which shook the football planet in the spring. The Barça president explained why he had stood firm in the face of threats from UEFA, which he described as “belligerent and demagogic”.

“We, who defend the interests of Barça, have seen our hopes dashed by some officials. UEFA did not want to accept the dialogue and we do not understand it, but we kept trying, he regretted We have over 122 years of history and our feelings should be respected. […] And we won’t pay penalties if justice proves us right. “

In a statement issued in June, UEFA announced the suspension “until further notice” of the disciplinary proceedings it had initiated against the last three clubs reluctant to have not given up participating in the Super League. “Time has proved us right”, welcomed Laporta. “Do not ask us to apologize for thinking about the organization or for working to organize a competition or for wanting to take our destiny in hand in the world of football,” he said.

The tackle addressed to PSG, which “distorts the competition”

According to Laporta, this dissident project, which would compete with the UEFA Champions League, aims to bring “financial stability” to the clubs (which would participate) and to create a “more attractive” competition, facing declining audiences in football. “Television audiences are declining and, in France, they have halved,” he said. Speaking of France, precisely, the president of FC Barcelona did not hesitate to hit hard, even very hard, on PSG and its president Nasser Al-Khelaïfi, great beneficiary of this crisis, which he went through alongside from UEFA boss Aleksander Ceferin.

“What a coincidence that a state club, which you know (the PSG, which it does not quote directly, note), invests more than ever and offers the double to a player that we want (note, Georginio Wijnaldum), joked Laporta. What these state clubs are doing is distorting the competition. Your children must regain interest in football. They must be interested in attractive matches. They watch it on tablets and phones but with weaker audiences, it there is less money on TV. We are doing this so that the whole football pyramid benefits. Small clubs are more dependent on TV rights, large clubs have a more diverse line of business. We want financial sustainability clubs and we want the most compelling competition in the world, and that will be in Europe. “