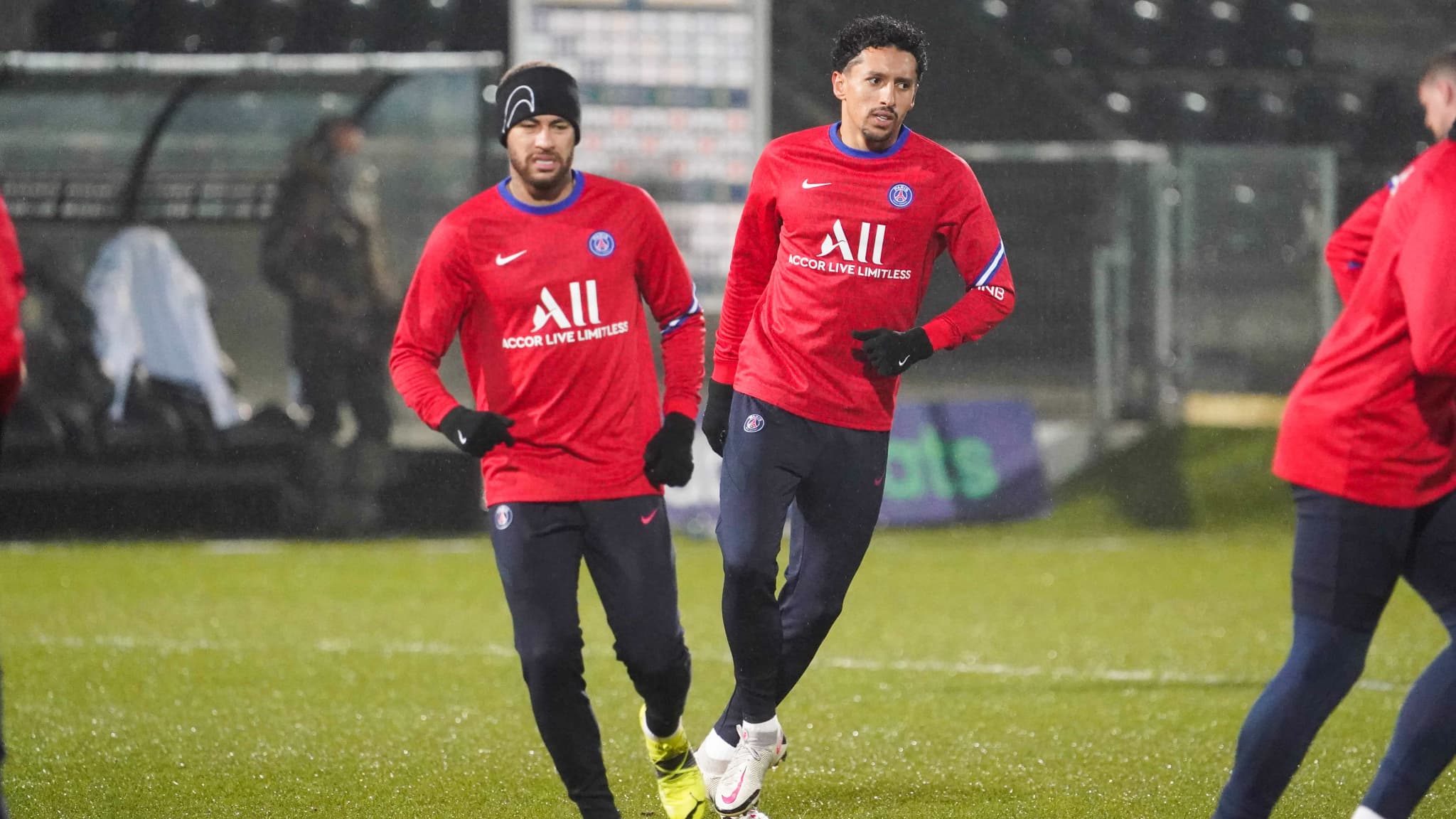 At the microphone of France Bleu, Marquinhos reacted to the package of Neymar, which was added to that of Di Maria, for the eighth-final first leg of the PSG Champions League against Barça. For the Parisian captain, the club must overcome the ordeal by relying on its collective.

Like his coach, Marquinhos has publicly expressed his disappointment at not being able to play the knockout stages of the Champions League against Barça without Neymar and Angel Di Maria, both injured. “They are two important players, we recognize the qualities they have, the power they have to decide a match,” he said Thursday at the microphone of France Blue Paris. But the Brazilian captain sent a message, assuring that the team could very well do without its two stars.

“Football is a collective game. You need a team, a collective, more than one player or the other,” said Marquinhos. “We’re going to have to get by without them. We need this victory and have a good game. And that’s what we’re going to do,” he added in conclusion.

Pochettino hopes to get Neymar back before March 10

If, on Spanish radio, Mauricio Pochettino said he had a meager “hope” of being able to count on Neymar in the return match scheduled for March 10, the medical diagnosis communicated by PSG arouses much less optimism. Because of this “lesion of the long left adductor” contracted during the 1-0 victory in the Coupe de France against SM Caen, the n ° 10 is announced unavailable for four weeks, which in theory covers the date of the second meeting. you.

“It’s a shame, not only for the field, but also for what he transmits on the field. He is a fundamental player for us”, in any case declared the Argentine coach on the air. by Onda Cero.