Barça-PSG: what becomes of Aytekin, the referee of the 2017 remorse? 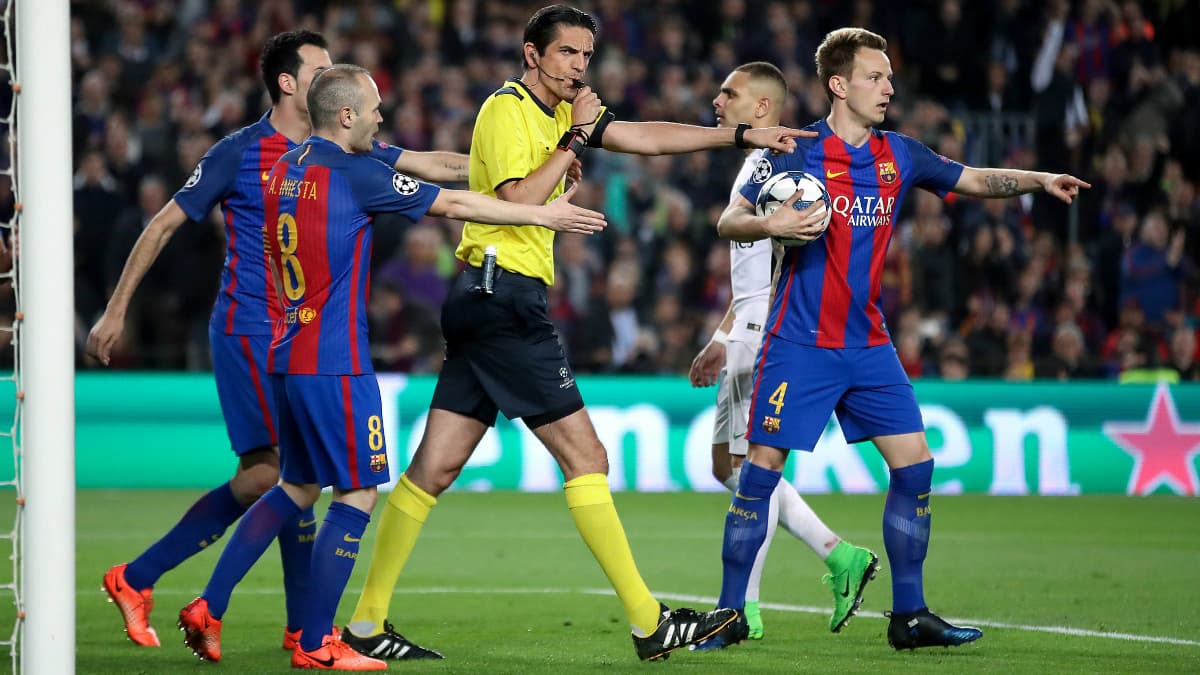 In March 2017, after the comeback suffered by PSG against Barça (6-1), Deniz Aytekin had been the target of all criticism. Author of several obvious errors during this match, the German has been officiating less and less at European level but continues to be a sure bet in refereeing in his country.

His match caused a scandal and Paris Saint-Germain went so far as to file a complaint with UEFA. In March 2017, Deniz Aytekin became PSG’s worst enemy at the end of the comeback suffered by the Parisian club on the lawn of Barcelona, ​​in the round of 16 second leg of the Champions League (6-1).

During this match, Aytekin had, according to the count made by PSG, made ten obvious refereeing errors. Including a forgotten penalty for Paris, a red card avoided by Gerard Pique and the famous penalty awarded very generously in additional time of the second period to Luis Suarez. Despite all these mistakes, Aytekin was never sanctioned by UEFA. The German referee has never communicated publicly about this meeting, despite some interviews given to certain media, and has retained his “elite” status within the European body, which still allows him to officiate in the Cup from Europe.

Even so, this match tarnished Aytekin’s reputation. Since this famous meeting in March 2017, the German referee has only refereed ten small European Cup matches – Champions League and Europa League combined – including second-zone confrontations.

After four matches in 2016-2017, Aytekin had been at the whistle of three meetings in 2017-2018, then two in 2018-2019, and finally only one last season. This year, the German referee did not officiate in the European Cup. And for good reason, Aytekin suffered a serious knee injury.

This season, Deniz Aytekin is resting. Or rather, recover. Because the German referee suffered a rupture of the cruciate ligaments of the knee, which has kept him away from the field for several months. Like professional players, referees need rehabilitation before they can set foot on the grass again. The German referee could make his return by the end of the season on German pitches, where his reputation has never taken a hit despite the rally in March 2017.

A safe bet in Germany

Less in demand at European level, Deniz Aytekin continues to prove himself in Germany. In 2019, the man of Turkish origin was voted best referee in the Bundesliga, before being so again in 2020 following a survey by the magazine Kicker. In Germany, where the comeback has inevitably received less media coverage than in France and Spain, Aytekin therefore suffers from no dispute.

The referee has a good reputation, so much so that in 2017, China called on him and other referees to officiate matches in the Chinese Super League, as the Chinese championship went through a match scandal. rigged. Aytekin, whose name appeared last March following the publication of a fake news, will not be on the whistle of Barça-PSG on Tuesday, to the delight of Parisians. Björn Kuipers will officiate at this meeting.