Barça-PSG: Kuipers at the whistle, mixed memories for the Parisians 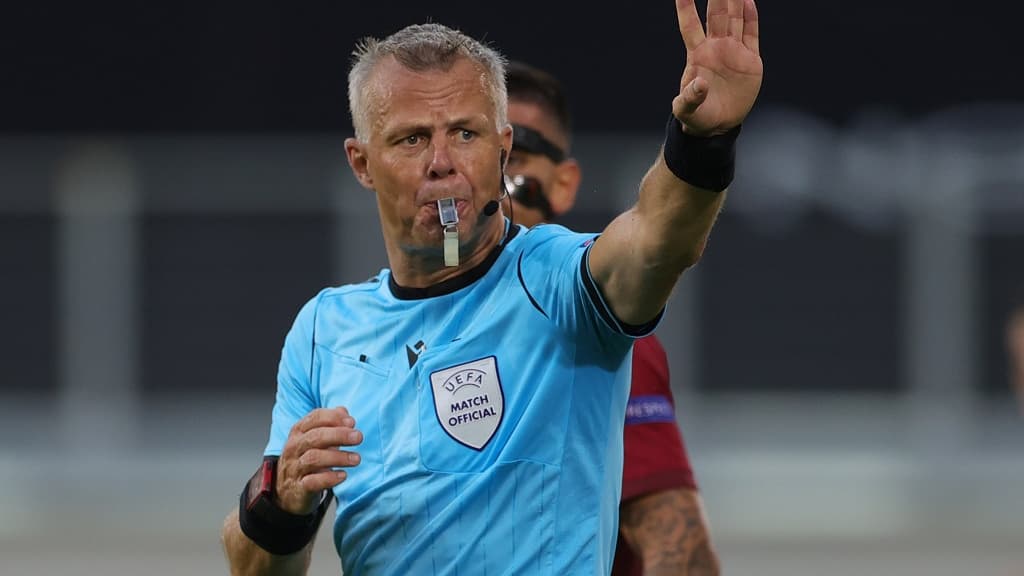 Björn Kuipers (47) will referee the knockout stages of the Champions League between Barça and PSG. With the Dutchman, the Parisians have known everything, including a qualification for their first C1 final in August.

Six months after having officiated in the semi-final of the Champions League between PSG and RB Leipzig (3-0), Björn Kuipers will meet Kylian Mbappé and his teammates on Tuesday evening at Camp Nou for the eighth-final first leg against the Barça.

The experienced Dutch referee (47) will be the whistle of his 56th Champions League meeting, the third total in history for the men in black behind Kim Nielsen (57) and Felix Brych (61).

Compatriot of left side Mitchell Bakker, Kuipers does not only recall good memories at PSG. In 2012-2013, he refereed the quarter-final second leg against … Barça (1-1), which ended the first Champions League campaign of the QSI era.

A red for Ibra, a clash with Neymar

Two years later, in 2015, he was on the whistle at the famous Chelsea-PSG (2-2) who saw Thiago Silva’s teammates snatch their ticket for the quarter-finals, ten against eleven. But the early expulsion of Zlatan Ibrahimovic for a foul on Oscar had made people talk.

“I told myself that the referee didn’t know what he was doing or maybe he had seen something else. But that’s not the worst. The worst is when I saw them all. the Chelsea players tumble down when I received my card. I had the impression of having 11 babies around me, “said the Swede,

Three years later, it was Neymar who attacked Kuipers, accusing him of having “disrespected” him, after a heated discussion around a penalty denied to Bernat during a draw in Naples (1-1).

“The referee said something he shouldn’t have told me. I don’t want to repeat what he told me. I hope the people above him can take action.” , asked the Parisian striker.

In all, the Dutchman has refereed PSG five times for three wins and two draws for the capital club. On the Barcelona side, the Catalans found Kuipers in ten European matches for five wins, four draws and one defeat, against Celtic Glasgow (1-2) in November 2012.

The native of Oldenzaal also refereed the Blues in October 2020 during their victory against Croatia (2-1) in the League of Nations and the Europa League final lost by OM against Atlético Madrid (0-3 ) in May 2018.