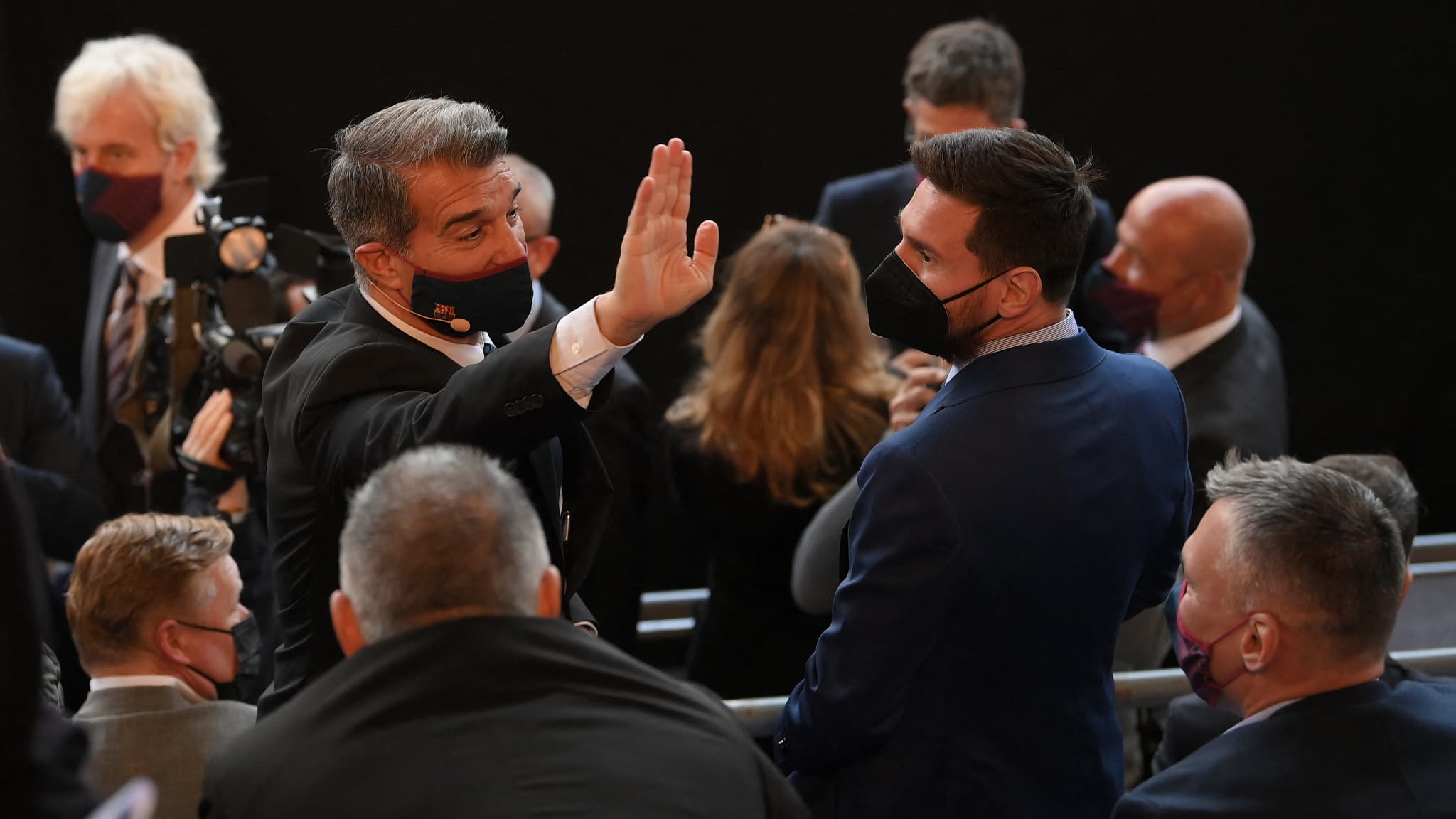 Asked by the Spanish media about the extension of Lionel Messi, whose contract expires at the end of the season, Joan Laporta was optimistic about FC Barcelona’s chances of keeping his Argentine star.

Elected at the head of the Barcelona club last March, Joan Laporta has a huge file to manage, namely the extension of Lionel Messi, whose contract will expire next June. This Friday morning, RAC 1 argued that the new Barcelona president had already advanced his pawns by shifting into high gear to keep the Argentinian.

Catalan radio announced that the Messi clan already had a proposal on the table and that Joan Laporta wanted to offer a conversion within the club culé to the Argentine striker. In parallel with the information provided by the RAC, the former Barcelona sporting director, Andoni Zubizarreta, was categorical: “Messi already has more or less the decision in his head.”

“He wants to continue at Barça, I am convinced of that”

Present at Barcelona airport this Friday noon, Joan Laporta was of course invited to react to this information by the Spanish media. He confirmed that he was going to do everything possible to convince Lionel Messi to continue with his long-standing club. “I see Leo very motivated, he is an extraordinary person who wants to continue at Barça, I am convinced of it”, he underlined in remarks reported by the daily Mundo Deportivo.

On the side of the player’s entourage, COPE is confirmed that no offer has yet been sent, just over two months from the expiration of the Argentinian’s current lease. Followed by reporters on El Chiringuito, Laporta said: “Messi’s extension is progressing well.”