Barça: how Dembélé is inspired by Messi to progress 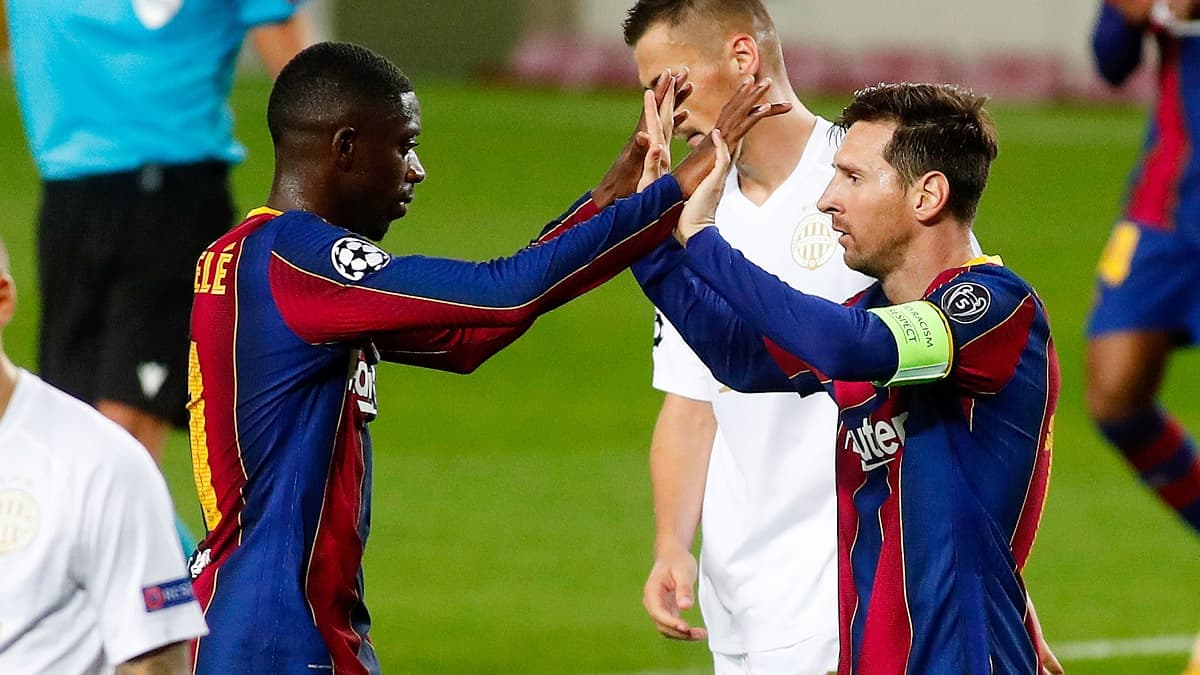 Ousmane Dembélé seems to have been transformed for several weeks. When challenging PSG in the Champions League, the French winger of Barça explained to take an example from Lionel Messi in order to take a step forward in his career.

The new “Dembouz” has arrived. Often criticized since signing for Barcelona in 2017, Ousmane Dembélé has made an excellent start to 2021. Relieved of his physical glitches, the 23-year-old winger has managed to settle in the starting lineup of the team led by Ronald Koeman. Asked on the sidelines of the round of 16 first leg of the Champions League against PSG, on February 16 (from 9 p.m. live on RMC Sport 1) the French, who played his hundredth game with the Catalan club, shared his satisfaction.

“When I arrived I was very frail, I have evolved a lot physically with the trainers, explained the 2018 world champion at the microphone of UEFA. […] A lot has changed (since Koeman’s arrival), physically we feel very good. Everyone is happy, humanly he is very good. “

Dembélé: “I like to dribble, they calmed me down on that”

In full possession of his physical means, Ousmane Dembélé has also matured. A change partly linked to the cohabitation with great players and immense professionals in the Catalan dressing room. And this allowed him to develop his game on the field.

“Here we learn every day, with Lionel Messi, before with Luis Suarez and Andres Iniesta, the player trained in Rennes still insisted. They taught me about placement, when to calm things down, when to pass. like to dribble, they calmed me down on that. I have to wait for my teammates and not try to dribble three or four players “

And Ousmane Dembélé to conclude on a final note of optimism: “I am more at ease, I feel good here in Barcelona. Even if I had physical problems, they are hardships of life you have to take them with smile.”