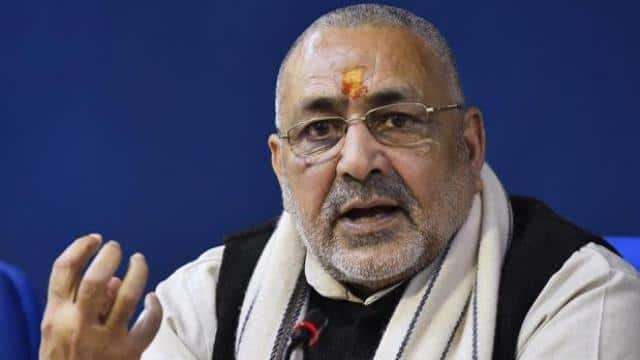 Former US President Barack Obama has mentioned Rahul Gandhi in his memoir ‘A Promised Land’ and described him as nervous. This comment of Barack Obama in the memoir has now created a political fire in India. Barack Obama is not only trending on Twitter, but there is also a campaign to apologize to him. In the meantime, there has also been a response from Gaddirav leader of the Bharatiya Janata Party and Union Minister Giriraj Singh. He lashed out at Rahul Gandhi and said that there is no need to say anything about his intelligence anymore, because Obama has said everything.

Lack of ability and passion … Barack Obama mentioned Rahul Gandhi in his book, know what he said about Sonia-Manmohan

Regarding referring to Rahul Gandhi by Barack Obama in the memoir, Giriraj Singh said that when a big man like Obama said everything, now there is nothing left to discuss Rahul Gandhi’s intelligence. He taunted that Rahul Gandhi should now know that the honor he was getting in India has become global.

Nothing more to discuss on Rahul Gandhi’s Intelligence when big figure like Obama has said it all. Rahul Gandhi should know now that the respect he was getting in India has turned global: Giriraj Singh, Union Minister on Barack Obama’s comment on the Congress leader in his memoir https://t.co/oZornFihW8 pic.twitter.com/DwGYkmb2hy

Indeed, according to a review published in the New York Times, Barack Obama says about Rahul Gandhi that ‘he has the qualities of a’ bewildered ‘and uncouth student who has completed his entire course and impresses his teacher Desires to, but he lacks the ability to master the subject or passion. In the memoirs, Obama also mentioned Rahul’s mother and Congress President Sonia Gandhi. The New York Times has reviewed Obama’s memoir ‘A Promised Land’. In this, the former President has also talked about political leaders from all over the world including Sonia Gandhi, Manmohan Singh.

The review stated, ‘We are told about the handsom of men like Charlie Crist and Rahm Emanuel but not about the beauty of women. Only one or two examples are exceptions like Sonia Gandhi. The review says that both former US Defense Minister Bob Gates and former Prime Minister of India Manmohan Singh have absolutely impeccable honesty.

It added that Russian President Vladimir Putin reminds Obama of the strong, clever boss who runs the Chicago machine. Regarding Putin, Obama writes, ‘physically’ he is ordinary. This 768-page memoir of Obama is going to hit the market on November 17. America’s first African-American President Obama visited India twice during his tenure in 2010 and 2015.