Austria – North Macedonia: the band in Alaba waited for the last quarter of an hour (3-1) 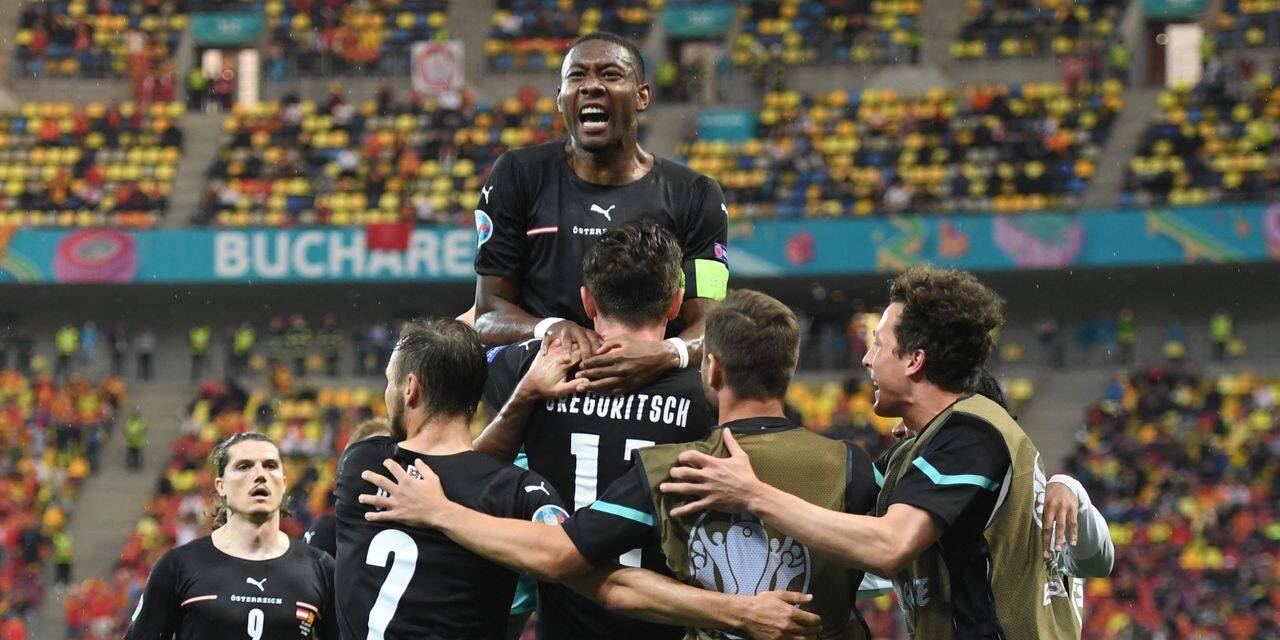 The match: the Austrian substitutes made the difference

By opening the scoring after 18 minutes, the Austrians thought they had done the hardest against well-organized Macedonians. His vista and his paw kick allowed Sabitzer to address a millimeter cross to Lainer. Thanks in particular to an absence of Alioski, the side of Mönchengladbach finely deceived Dimitrievski. But the joy of Franco Foda’s men lasted only ten minutes, which is the time it took Pandev to set the record straight. The iconic North Macedonian captain took advantage of Bachmann’s gross awkwardness to quietly equalize with an empty goal. An achievement which inevitably gave confidence to the troops of Igor Angelovski. Reboosted, the Macedonians courageously contained the Austrian assaults and bet on the counter for 50 minutes. A quarter of an hour from the end, Alaba’s talent has indeed made the difference. From the left, the one who recently swapped the Bayern jersey for that of Real Madrid brilliantly served Gregoritsch (who replaced Baumgartner) who emerged to restore the advantage to his people. While Kalajdzic was preferred to him at the top, Arnautovic – stepped into the game – then offered the third and last Austrian goal.

The script was written somewhere in the stars. If there is a Macedonian who was to score his nation’s first goal in a major tournament, it is the inevitable Goran Pandev. Like Gyan Asamoah with Ghana, Angelos Charisteas with Greece or Eduardo Vargas with Chile, he is part of this curious category of players who, by donning the jersey of his country, feel themselves growing wings. His career as a club player, which has seen him go through Inter, Lazio or even Naples, remains most honorable. But his international freelances make him a true legend in North Macedonia.

Against Austria, the captain guided his teammates, both by voice and feet. His age may not have allowed him to cover a lot of kilometers, but, in a team that mainly relied on quick transitions, he made his presence felt in pressing and in offensive transitions.

Despite the cruel defeat, his goal came to crown a phenomenal course. And to think that he intends to hang up his crampons at the end of the tournament… Unless his coach at Genoa, Davide Ballardini, manages to convince him to reconsider his choice.

At 37 years and 321 days old, Goran Pandev has become the second oldest player to score a goal in a Euro. An incredible performance for the national hero, but the record is still held by Ivica Vastic. The Austrian midfielder shaken the nets of Poland in 2008 at 38 years and 257 days.