Australian Open: Kyrgios warned for time overrun … before the start of the match 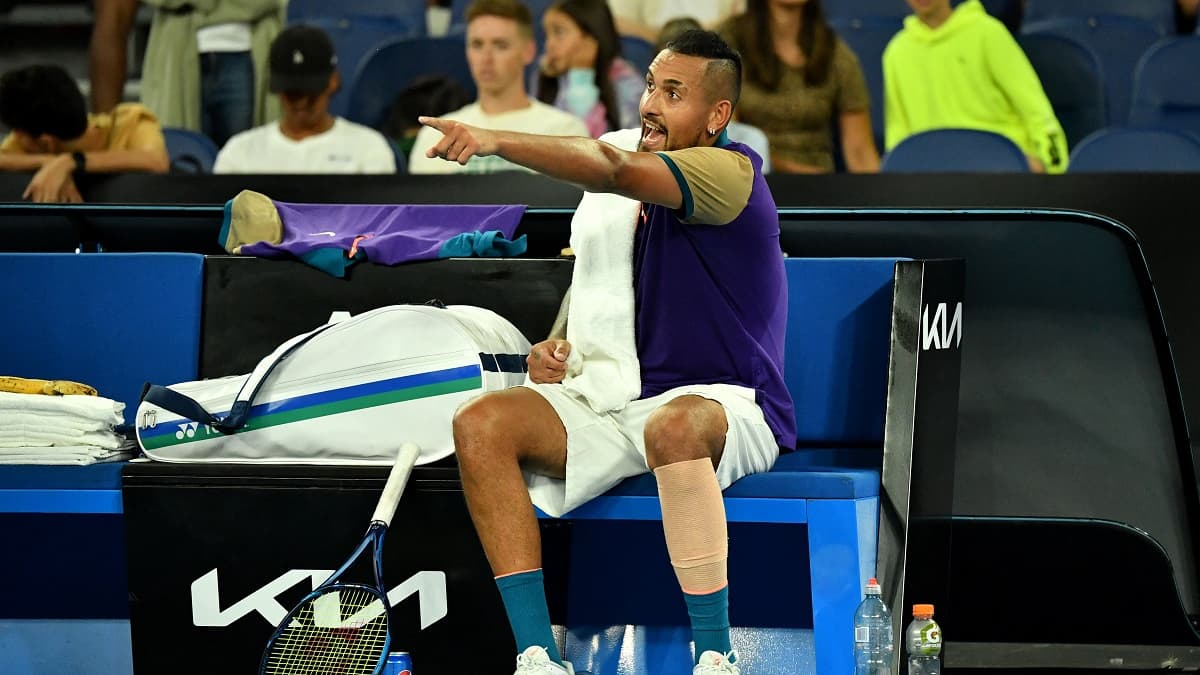 Nick Kyrgios and Thanasi Kokkinakis, doubles partners at the Australian Open this Saturday, managed to get a timeout warning even before the first point of their match against the duo Lloyd Harris-Julian Knowle. A mishap that did not prevent the Australians from winning easily, 6-2, 6-4.

When Nick Kyrgios is on a tennis court the show is guaranteed, there is always something unexpected happening. The Australian, associated with his friend and compatriot Thanasi Kokkinakis, also eliminated in singles, made a sensational entry into the men’s doubles table of the Australian Open, with a victory full of authority (6-2, 6-4) on the Harris / Knowle pair. But the two men especially enjoyed by collecting a warning for exceeding the time, even before playing the first point of the match. Unbelievable.

The afternoon must have been very long for the referee who was forced to justify himself as the two men exchanged from their chairs while their opponents waited quietly on the court for them to deign to stand up. “You couldn’t just warn us, ‘Guys, are you ready?'” Nick Kyrgios annoyed after getting up from his chair, conceding to the ref anyway, to finish, and close the discussion: “You’re doing your job.”

Against Thiem, Kyrgios also did Kyrgios

The day before, Dominic Thiem (3rd world) was too solid and too calm for the madness of Nick Kyrgios (47th), whom he beat 4-6, 4-6, 6-3, 6-4, 6 -4, in the 3rd round of the Australian Open. In an electric atmosphere, the Australian’s champagne tennis worked well during the first two sets. Unplayable, the Australian, galvanized by a crowd won over to his cause, won the second round on an ace served with a spoon.

In the process, Kyrgios offered himself two break points in the first game of the third set. At that moment, “if he had made the break, the match was over”, commented Thiem, admitting to having then “smelled the smell of defeat”. But the Austrian finally glued to two sets everywhere.

In the fifth round, Kyrgios was on a wire, and did Kyrgios. Having shouted “sit (descend)” at the ball in mid-rally, he lost the point for “embarrassment”. “Are you serious? You say that it is an embarrassment, when the cries of some players are not? The cries of (Belarusian player Victoria) Azarenka are okay, but isn’t that right?” Australian to the referee.

In the seventh game, Thiem’s ​​strength got the upper hand and the Austrian broke and took a definite advantage, despite the unconditional and loud support of the crowd for this final game before a reconfinement of the population of Melbourne for five. days.