Australian Open: Berrettini package, Tsitsipas in the quarters against Nadal 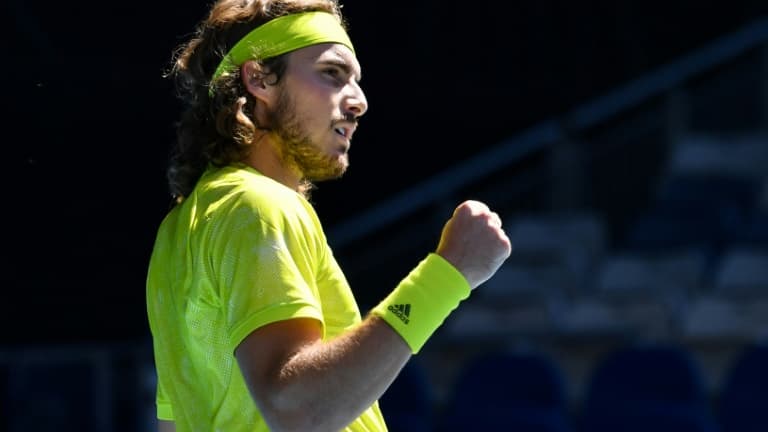 Stefanos Tsitsipas will challenge Rafael Nadal in the quarterfinal of the Australian Open. The Greek qualified without playing, his opponent, Italy’s Matteo Berrettini forfeiting before the match.

Italian Matteo Berrettini (10th), who had injured his abdominals in the previous round, forfeited Monday before his round of 16 of the Australian Open against Stefanos Tsitsipas (6th). “I have a problem with my abs. The doctors told me it might get worse. I decided not to play because it wasn’t worth it,” said the 21-year-old Italian puncher. years at a press conference. “I felt that at the end of the match against Khachanov and it’s worse than I thought. I hoped it wasn’t bad, but it was because here I am, I can’t play, “he said. Suddenly, Tsitsipas finds himself without playing in the quarter-finals, where he will face Rafael Nadal (2nd) on Wednesday. The Spaniard dominated Fabio Fognini in three sets.

Djoko, also injured, “is ready to accept” the risks “

Suffering from comparable symptoms that appeared during his third round on Friday, Novak Djokovic played and won his round of 16 on Sunday despite pain. And he stressed that he was “ready to accept” all the risks to try to go as far as possible in this first Major of the year.

Berrettini suddenly felt abdominal pain on Saturday at the end of his third round match against Karen Khachanov (20th). He still managed to win 7-6 (7/1), 7-6 (7/5), 7-6 (7/5). “I don’t know what happened, but I felt pain under my ribs (left). The ‘physio’ said there was no stretching, it had to be a little muscle problem, “explained the Italian at the time. “It hurt me, especially on the serve, and I lost a bit of concentration. I was leading two sets to zero, I was playing well, I was on my way and suddenly I had this pain,” he had added.