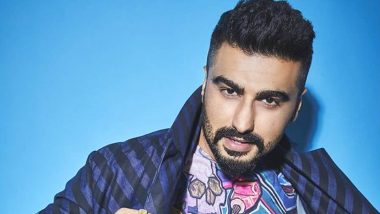 Bollywood actor Arjun Kapoor has come forward to help 100 couples, including a partner suffering from cancer. He says that the Kovid epidemic has taught him the importance of helping others. The actor said, “Pandemic has taught all of us the importance of helping each other and spreading love. We are all set to celebrate Valentine’s Day in February to make our loved ones feel special. But on this special occasion I Have decided to do something different. “

Arjun’s mother Mona Shourie died due to cancer. He is now working with the Cancer Patients Aid Association (CPAA) to help cancer patients. He said, “With the Cancer Patients Aid Association, I am supporting 100 such needy couples who have cancer. This means that couples in which one partner is suffering from the disease and the other at every step in fighting this battle Supporting her. Cancer severely affects a person’s immunity, which increases the risk of them due to coronovirus. The last year has been very difficult for such couples because they were not only fighting a tough battle, but they were also exposed to Kovid The houses were closed due to grave danger. Many of them did not even have a source of income to buy food and medicines. ” Also read: Bhoot Police: Saif Ali Khan, Arjun Kapoor arrive for the last schedule of the film Bhoot Police

The actor has also appealed to the people to support such people. He has said, “With the help of 1 lakh rupees per annum, we can save them from becoming financially worthless. Through this amount we can help them to afford the cost of chemotherapy and radiotherapy, surgery and medicines.”