The Indian Paper News
Home Soccer Antonio Conte attacks Lukaku’s detractors: "Some said it was overpriced, that it had cost too much …" 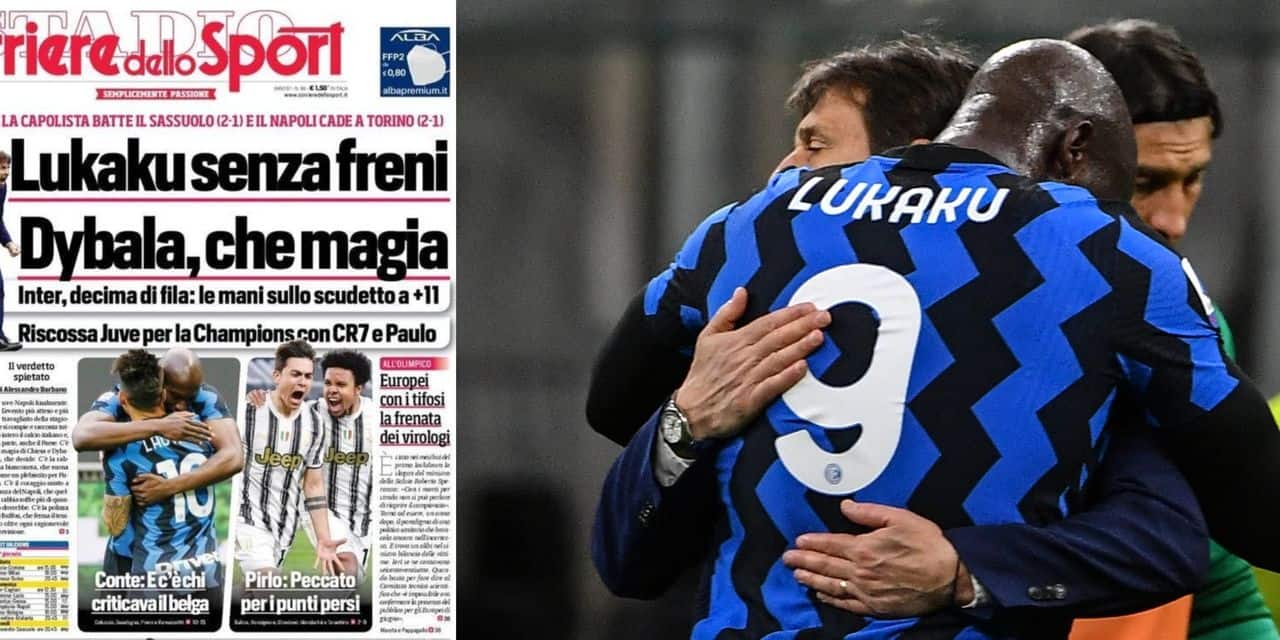 With this 30 out of 30, the Nerazzurri now have eleven points ahead of their sworn enemy AC Milan. This Wednesday, the men of Antonio Conte confirmed this incredible series. Faced with Sassuolo, Inter struggled. But Inter won again thanks to a stratospheric Romelu Lukaku.

With a goal and an assist, he allowed his club to pocket three very important points (2-1). In his last ten successes, Romelu weighs nine goals and five assists. Simply monstrous. After the meeting, Antonio Conte wanted to put the church back in the middle of the village. “I do not forget. Some said it was overpriced, that it cost too much“cursed the Italian.”I immediately said that it was a diamond which, by working on it, would become extraordinary. He has made incredible progress and can do more.“

Other fit player: Christan Eriksen. After a disastrous start, the Dane has managed to return to his best level. For Dazn, he also explained the importance of the Devil to his team. And highlight his obvious progress. “With Romelu we have a great relationship. It’s a great control tower. We’ve known each other for a long time and we even played against each other when he was at Anderlecht and I at Ajax. Did some just amazing things this season. I also played against him in England several times. But, he was not as strong as he is now. “

The press also rose to underline the performance of Big Rom ‘. Starting with the Gazzetta dello Sport which gave it a score of 7.5 / 10. And the man of the match label. In her pages, she insists above all on the effectiveness of the pair Lu-La which he trains with Lautaro Martinez. Between them, they scored 36 goals out of 68 or 53% of the achievements in Serie A. Statistics which place them second in terms of best pair in terms of goals. But their importance does not come down to numbers according to the daily. “In Europe, no one has such a strong and complete pair. Because Lewandowski’s 35 goals pollute the reality of a duo where he takes all the space. Especially when we observe that Müller is only ten goals away. While the third Mbappé-Neymar doublet is more often caricatured in their game. We too often forget the dirty work and altruism of the two Nerazzurri. “

The Corriere dello Sport also opens its diary with a photo of Big Rom and Lautaro Martinez. With as title: “Lukaku has no brakes”. The newspaper also gives it a score of 7.5. “As usual, he was ultra complete. He opened the match with his 21st goal of the championship. And he closed it with a nice assist. Simply crushing for his opponent.”

With an ever-growing influence and staggering statistics, the striker is applying more than ever for the title of best player of the year.