Ankita Lokhande was in a bad mood after the breakup of Sushant Singh Rajput, the actress made many shocking revelations in the interview 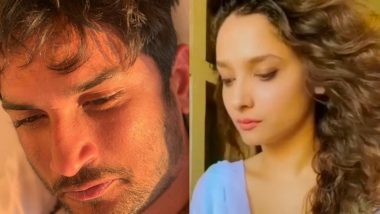 Actress Ankita Lokhande has made many shocking revelations about Sushant Singh Rajput, relationship with her and breakup in her latest interview. Ankita told that she was completely broken and lost the purpose of her life after separating from Sushant. Even after two and a half years of separation from the actor, she has not fully recovered from this sad.

Ankita said that people troll her and accuse her that she left Sushant alone. While people do not know their side and the truth of their breakup. In her interview to the Bollywood bubble, Ankita said, “Today people are coming and telling me that you left Sushant? No one knows my side. I am not blaming anyone here but I think Sushant has given his The path was chosen and he wanted to focus on his career. He chose his career and moved forward, but even after two and a half years of all this, I was struggling with many things. “

Ankita told that after Sushant’s departure, his life was over. The actress said, “My life was completely over.” He told that after the breakup he used to get many negative thoughts, but Sushant handled them and showed the right path. In this difficult time, his family also supported him immensely.

Sushant was found dead on 14 June 2020 at his Bandra flat. CBI’s investigation on his death is still going on.