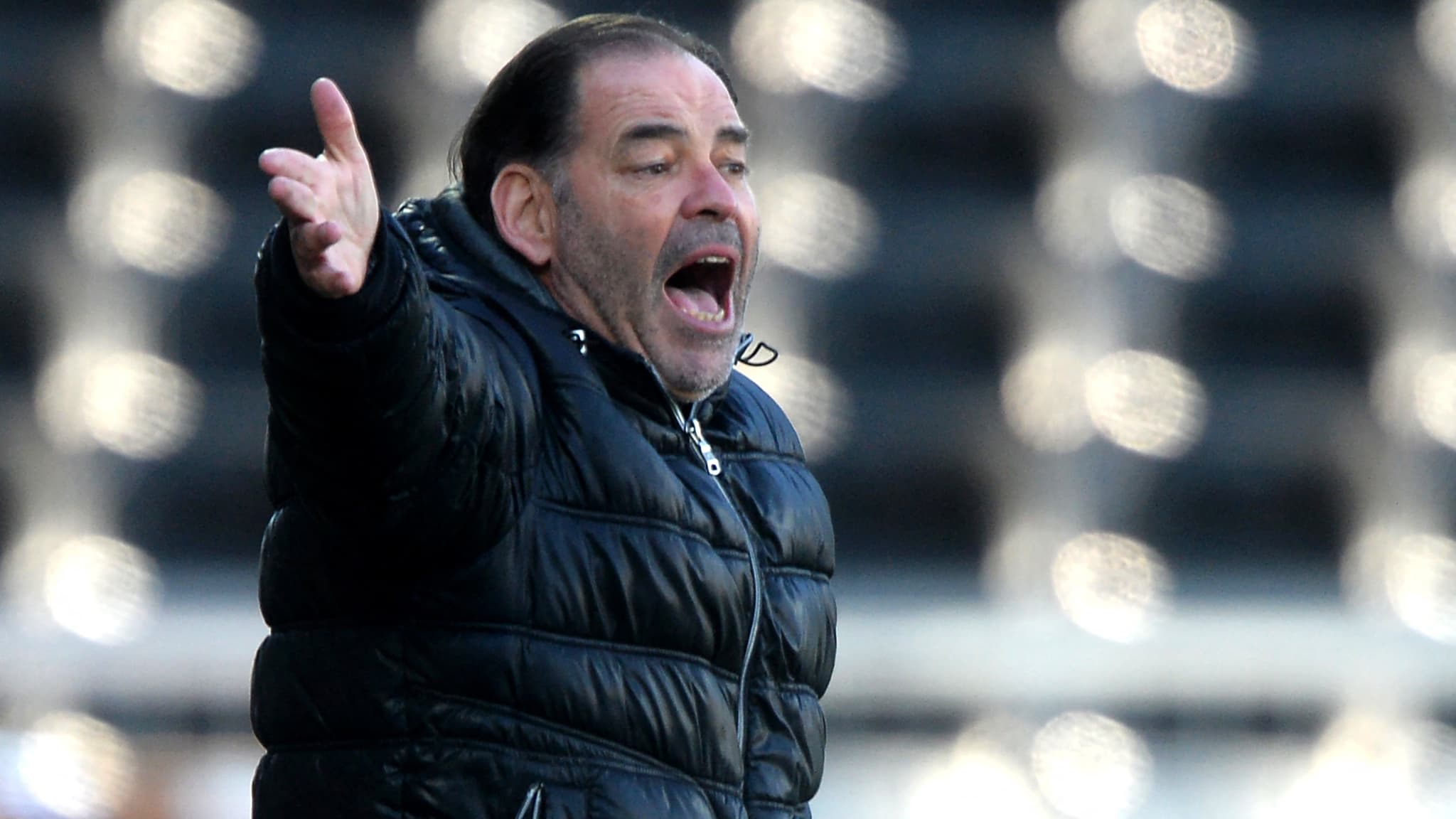 For Stéphane Moulin, the goal scored by Stéphane Bahoken during the Ligue 1 meeting between the Angers SCO and Stade Rennais (0-3), this Saturday, should not have been refused. Quite annoyed, the Angevin coach got angry with arbitration.

Stéphane Moulin does not take offense. The Angers SCO coach does not understand why his team was denied a goal this Saturday when they lost to Stade Rennais (3-0). For him, Stéphane Bahoken should not have been sanctioned at the end of the first period. On a bell-shaped ball, the Cameroonian center-forward took advantage of a hand fault by Alfred Gomis to shake the nets. Except that the referee Thomas Léonard felt that Bahoken had somewhat embarrassed the Rennes goalkeeper. So he canceled the goal and his decision was confirmed by VAR.

Difficult to digest for Angevins. “There is no fault. That the referee was wrong at the moment, that can be understood. But we have all seen the images again, it’s just scandalous. It’s scandalous that we confirm an error by the pictures! I don’t understand. The referee told me at half-time that there had been a nudge. I told him that there had been no nudge. Do you want us to do it? We must be silent otherwise we will be expelled and punished … “, complained Stéphane Moulin after the meeting. This action could even push him to reconsider his judgment on video refereeing.

“It often falls on us”

“At the time, I saw that there was no fault, but you could have a doubt. But after seeing the images, there is no doubt. He was wrong. And as usual, because we have to stop making jargon, they (the referees, editor’s note) do not recognize that they were wrong. The action was checked by the VAR, so thank you. VAR … Me, I’m a fan of that (of VAR) but I think that we have moved the problem. Fortunately, it is not a generality. But frankly, I really do not understand “, insisted Moulin. While they thought they had opened the scoring in the 44th minute of play, his players were showered a few seconds later on a goal from Jérémy Doku. Before cracking again twice in the second half.

“It often falls on us. We have a player (Romain Thomas) who was smashed by a goalkeeper (Anthony Lopes) against Lyon here and there was nothing. There our player does not move and does not jump , and it whistles foul. It’s incredible. You have to accept it. Football players have to accept all decisions, including bad ones. I’m not going to cry. But it’s a little against us “, cursed Stéphane Moulin. Same incomprehension on the side of Stéphane Bahoken: “I see that the ball is in the air, I look at the ball, I turn and I see that the goalkeeper touches me. The ball falls in my feet and I score. The goalkeeper s ‘has a hole even though I didn’t hit it. The referee told me it’s a fault if you touch the goalkeeper in his box, even unintentionally. It’s a bit of a null rule. I was just watching the ball is the goalkeeper coming to hit me! “

In a series of five games without a win in the league, the SCO occupies eleventh place in the standings.