America White House: US to deploy additional forces in Afghanistan for military security 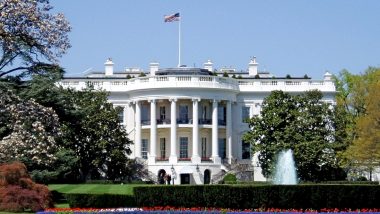 Washington, April 30: The White House has stated that since the process of withdrawal of US forces from Afghanistan is currently underway, the United States will deploy additional forces there to protect the American and coalition forces. According to reports from the Xinhua News Agency, White House Deputy Press Secretary Karin Jean-Pierre told reporters on Air Force One that the US forces to deploy additional forces in Afghanistan as military withdrawal continues at this time Will go so that things happen in a peaceful manner.

He added, “A unit of the Ranger Regiment will be stationed in Afghanistan to help protect the military force during the withdrawal process.” Jean-Pierre also said that Secretary of Defense Lloyd Austin had directed that during this entire process of military withdrawal a carrier strike group would also be deployed in the area to provide additional security to the existing military forces. Also read: Indian-American NGO: Indian-American NGO raised $ 4.7 million for Kovid-19 relief work

She adds, “While these actions may increase the number of forces in the region, we will remain committed to pulling all US troops out of Afghanistan until September 11, 2021.”