After Canada, Britain, the peasant movement now reaches the UN, the spokesman of the Secretary-General said – do not stop the demonstration in peace 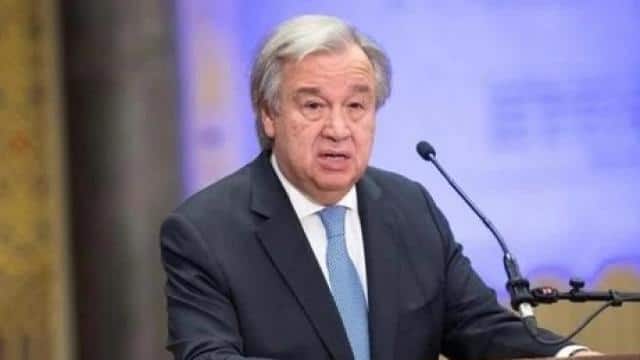 Discussions of the peasant movement going on in Delhi in opposition to the Central Agricultural Laws have started being discussed in Canada, Britain and also in the United Nations. Despite the Indian government’s reluctance not to interfere with foreign leaders by calling it a domestic issue, the Canadian PM first reiterated, then demanded some UK lawmakers to intervene with his government, and now the UN Secretary General Antonio Gutares The spokesperson of the said that the farmers have the right to protest in peace and let them do so.

India’s Foreign Ministry has made it clear that the issue of farmers is an internal matter of the country and some foreign leaders are making stupid and unnecessary statements. It is an intervention in the internal affairs of a democratic country. India has bluntly told Canada that if its leaders continue to do so, relations between the two countries will deteriorate. However, Canadian PM Justin Trudeau reiterated his statement, ignoring India’s warning and saying that his country would continue to support the right to a peaceful demonstration.

“As far as India is concerned, I will say to you what I have told other people to raise issues like this that people have the right to a peaceful demonstration and the authorities give them such Let us do it. ”Dujarik was responding to a question about the performance of farmers in India.

Earlier, the Canadian PM and some ministers made statements on the performance of the farmers. This is being done continuously even after the objection was expressed by India. On Friday, the High Commissioner of Canada was summoned by the Foreign Ministry and told that the Canadian PM’s rhetoric on Indian farmers by some cabinet ministers and MPs is an unacceptable interference in our internal affairs. ‘ The Ministry of External Affairs also said that if it continues, it will have serious consequences on the relationship between India and Canada. These statements have increased extremist activities in Canada in front of our High Commission and Consulate, which has raised security concerns.

Meanwhile, some UK MPs have talked about discussing this bill with Prime Minister Narendra Modi. Let us tell you that 36 MPs of Indian origin and belonging to Punjab have asked to raise this issue with PM Modi regarding the agricultural bills. He has written to Foreign Secretary Dominic Rab to discuss Modi with the farmers movement. Coordinated by Labor MP Tanmanjeet Singh Dhesi, the letter calls for an immediate meeting with Raab.