Adhyayan Suman and Maera Mishra breakup, the actress decided not to date anyone from the industry 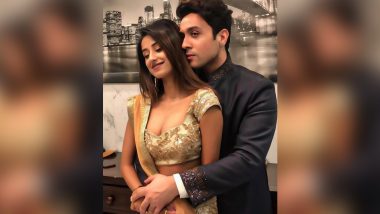 Bollywood actor Studi Suman’s (Adhyayan Suman) girlfriend has a breakup with Maera Mishra. Confirming this news, Myra has given a statement to the media. It was being speculated that these two have been dating each other for the last two years. Although he confirmed his relationship on social media last year. Study has been working on his new music video and song for some time. Most of his Instagram posts were related to Heartbreak, after which there was speculation about whether his breakup happened.

Confirming her breakup, Myra told the Times of India, “Yes, we had a breakup in November. Even though studies keep sharing posts related to the breakup on Instagram but let me tell you that they are not for me. They Everything is for his songs. “

Also read: Shekhar Suman, furious after seeing the news of the demise of the study, can take legal action

Myra further went on to say, “I was very serious about this relationship and I believed that we would be together but maybe it was not to happen. Things could not work between the two of us. I fell in love with someone else. Once I started living with her, I was convinced that they were very different from what I thought. We had a communication gap. We hardly talked to each other in two months because I would like to watch my TV show Was busy with it and he was working on his shooting project. Now I am against the decision to date someone from the industry.