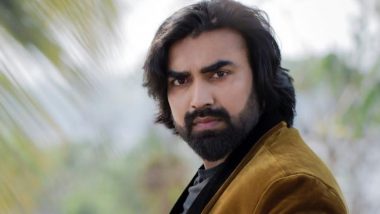 Mumbai: Bad news has come from Bollywood once again. Bollywood actor Sandeep Nahar has said goodbye to this world. The Mumbai Police has said that Nahar allegedly committed suicide at his residence in Goregaon, Mumbai. Police is investigating the case by registering a case. Sandeep Nahar MS Dhoni has worked with Sushant Singh Rajput in the film. Apart from this, he has worked in many TV shows including films like Kesari. The actor has written himself to death by writing a very sad post on his Facebook page. According to the suicide note, Sandeep was upset with his wife and other things in life,

The actor has posted a suicide note on Facebook. The actor has also posted a heartwarming video. Before his death, the actor wrote that now there is no desire to live. I have seen many happiness and sorrows in my life, but I have also faced every problem, but the trauma I am going through today, I know that it is funky to live, I had to live, but what is the benefit of living in such a relaxed and Do not self-respect.

He wrote, My wife is of hyper nature and her personality and mine are different, which does not match at all. My wife Kanchan Sharma and her mother Vunu Sharma who did not understand or tried to understand. In the suicide note in Sandeep, it was also written that, ‘I want nobody to say anything to me after I leave, because it will never realize its mistake.’

After the death of Sandeep, the police has started investigating. Because in the suicide note, Sandeep has told his wife the reason for his trouble, so the police will interrogate his wife. Friends etc. of Sandeep’s house will be questioned in the case.