A dance for Macron, a Giroud-Benzema duel in karting … the promises of the Blues if they win the Euro 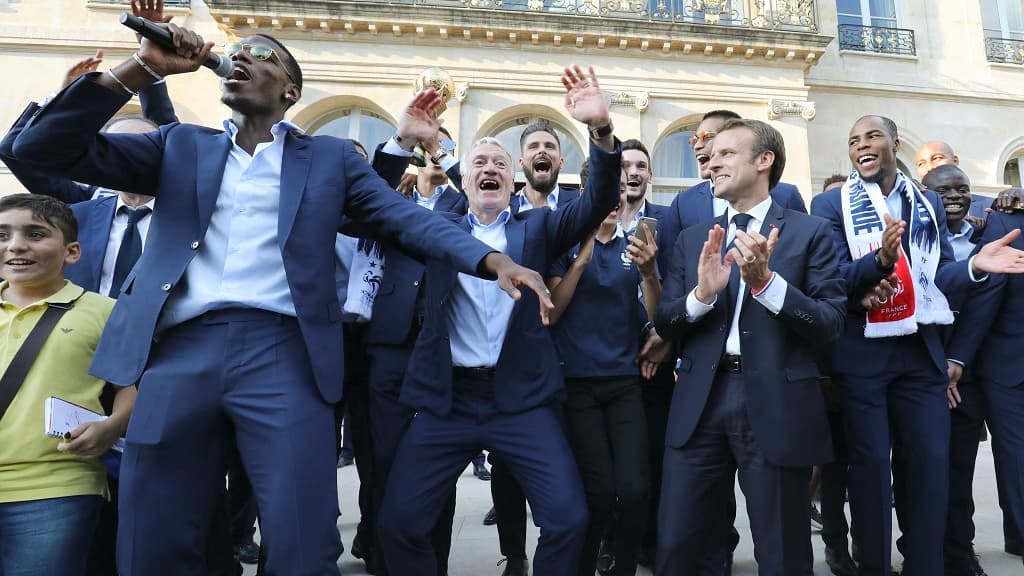 Two days before their entry into the competition for the Euro, Tuesday evening against Germany, some players of the France team, questioned on Sunday by Téléfoot, made some promises in the event of triumph, on July 11 at Wembley. And just to see Emmanuel Macron dance or Benzema and Giroud compete in karting, we already want the players of Didier Deschamps to glean the 3rd Euro in the history of French football.

It is still the time of dreams. And crazy bets. If the Euro started two days ago, the France team will not enter the competition until Tuesday evening, against Germany, in Munich. Reigning world champion, finalist of the last European Championship, she is the big favorite for the final victory on July 11 at Wembley. At the time of displaying their ambitions for the competition, some Didier Deschamps players also dare to make some promises in the event of a new European coronation. Some, but not all.

Kanté and Hernandez dodge the bets

Sunday, in the Téléfoot program, we saw the Blues kick in touch when they were asked what they will do in the event of a final victory. N’Golo Kanté replied by laughing: “No crazy bet … You never know, it can happen”. Malin, NG. Not very daring either, Lucas Hernandez. “If we go to the final and win it, I’ll let you choose a little thing to do,” he told Frédéric Calenge, the TF1 journalist, who suggested a Téléfoot tattoo. “After the Euro, we’ll talk about it,” replied the Bayern player politely.

Macron promised a dance to Pogba

On the side of Thomas Lemar, we do not dodge bets but we bet on safe values. “I’m going to do as at the World Cup, a little dye on the tips”, slips the world champion of Atlético de Madrid. Benjamin Pavard, he is in the sharing. “We are going to drink a bottle of Champagne together,” says the defender to the TF1 journalist. Nice, but we prefer the bet of Paul Pogba, obviously already well underway. “Make the President of the Republic dance. If we win, he promised it to me,” smiles the Pickaxe, who, like all his partners, met Emmanuel Macron on Thursday at Clairefontaine.

While waiting (hoping) to see the sway of the Head of State, the most beautiful of promises is undoubtedly that of Olivier Giroud. “I invite Karim to take a tour of the karting circuit”, announces the Chelsea striker, amused by his rivalry with Benzema and the punchline of the Madrid striker when he was removed from the Blues (“We do not confuse F1 and the karting “). Present on the set just after the report, the former Lyonnais was invited to comment on the invitation of Olivier Giroud. “A kart race? If he wants to,” replied Benzema. Without overflowing with enthusiasm either.